All aboard the dungeon crawler ship as Torchlight: Infinite’s new season is setting sail in January 2023. Titled Blacksail, this massive update will see players take off on a new journey that will lead them beyond the edge of the universe and into the Sea of Void. It also changes up a lot of the gameplay, with plenty of fresh additions.

In Torchlight: Infinite’s universe, the Sea of Voids is where all worlds are lost once they end up in ruins. The region has been populated with Aemberons who are constantly devouring each other in an endless cycle where the souls keep trying to come back to the world of the living.

At the top of the food chain is the Lord of the Void Sea who enslaves all these souls, which are pulling the Blacksail towards the worlds that have not been broken yet. That’s just the story. There’s also plenty of new content that will be introduced next year. 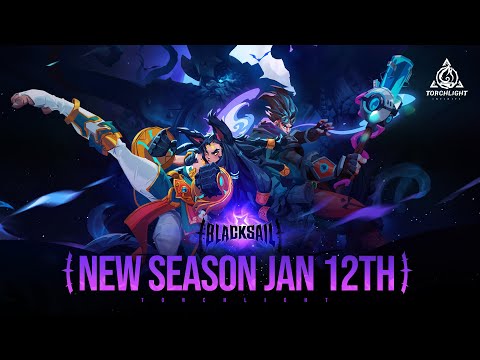 Killing monsters in the Neatherrealm map will drop loot that contains a special Void Sea Night Flame. Beating the final stage boss will then unlock the Void Sea Seal that can be broken using the Flame. It includes a random Soul Whisper and on picking the lock six times, players travel to the Void Sea End Port in order to fight the Bride of Void Sea, who guards a lot of treasure.

In addition to this, two new hero items are being introduced. Players can equip one Hero Relic, which grants three slots that can be filled with Hero Memories in order to get affixes which further strengthen that character’s playstyle. Five new main skills will be featured when Blacksail launches too. These include Moon Strike, Howling Gale, Thunder Slash, Blazing Bullet, and Hunting Abomination.

Get set for an action-packed season by downloading Torchlight: Infinite now for free.

Next Up :
Path to Nowhere's Dreamy Bubble event tasks players with solving a mystery in DisCity