After a successful first closed beta period, the dungeon-crawling ARPG Torchlight Infinite is set to run the next phase of testing later this month. On April 25th, Torchlight will open up the next portion of beta testing to certain lucky individuals who manage to gain access.

If you haven’t heard of Torchlight, it’s one of the more recent and popular ARPG series, up there with the likes of Diablo and Path of Exile. Though given the second game in the franchise came out some time ago, it’s been a while since the title gained any steam. With Infinite, the team behind the series is looking to change gears a bit and not only focus on putting the experience of Torchlight in your pocket, but also a few other rather drastic gameplay adjustments. 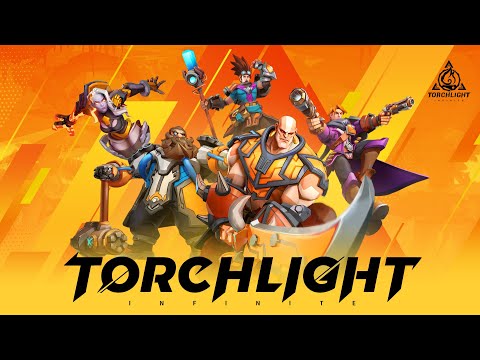 For example, Torchlight Infinite is very much a hero-based game. What that means is, whereas, in the other two games, you would create a character and build them as you pleased, Infinite gives you a limited cast of characters to choose from that have a set path of skills to utilize. This is not a massive negative given the variety of heroes available to you, but it will be interesting to see if this new direction works out for a series so focused on individuality and build pathing.

That’s not to say that your choices are too limited, however, as there are a combined 240 talents, think mini-skills that slightly adjust your abilities, and 24 talent trees as well. So, while you might be a little more linear with builds, you can still certainly make whichever hero you choose to play your own.

As for this beta, it plans to include all heroes, skills, items and maps all for free so any testers can get a good experience with most of the in-game content planned for the full release. Along with this, the stamina system that will be present in the full game is on standby for testing, allowing for longer play sessions for anyone in the beta.

If you’re looking to get some early hands-on experience with the much anticipated ARPG, you can sign-up for this beta phase on the game’s official website. If you’re lucky, you’ll hear back within the next few days and be able to start playing come the 25th.

Torchlight Infinite release date & everything else we know so far