Netmarble has updated its beat ‘em up RPG, The King of Fighters ALLSTAR, with two new Special Signature characters on iOS and Android.

The two new characters to enter the game are Mai Shiranui and Athena Asamiya from The King of Fighters Special Signature. 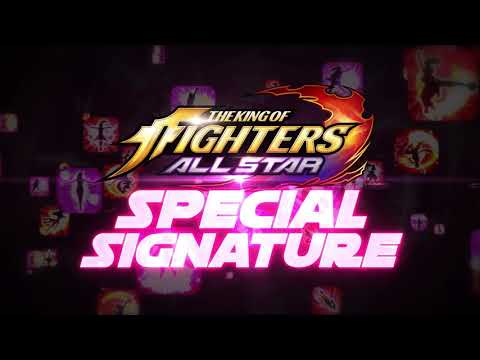 In addition to collecting new characters, you can now also collect special Battle Cards which are themed after these two new additions to The King of Fighters ALLSTAR. The new Battle Cards based on Mai and Athena, as well as three Defense-oriented Set Cards and one new Option Card, are available from the in-game summons.

To coincide with the release of these new characters, Netmarble has also organised some events and upgrades to go live during the next few weeks.

To start, there’s a daily check-in bonus for anyone who logs into The King of Fighters ALLSTAR between now and 11th March. Additionally, there’s also a Score Event running at the same time, which tasks you to clear stages to achieve high scores and obtain special rewards, some of which include Fighter Summon Tickets and Drop Rewards like the Lady Lucky Box.

If you want to play The King of Fighters ALLSTAR and check out this new content, you can download it now from the iOS App Store and the Google Play for Android store. It is a free to play title containing in-app purchases.

If you want to find more RPGs to play on your iPhone or iPad, be sure to read our list detailing the best ones you can play on iOS.
Next Up :
Mission Zero drops three new character trailers ahead of technical test