Netmarble and Capcom have teamed up to launch a massive crossover between the popular mobile action RPG King of Fighters ALLSTAR and Street Fighter V. The latest update will allow players to choose characters from the beloved franchise and then participate in limited-time events like Dream Match, Rush Dungeon, Guild Raid and more.

Players can expect to come across iconic characters like Ryu, Chun-Li, and Luke. Chun-Li is available in the Event Summons. In terms of abilities, Ryu massively boosts ATK, which also scales along with his HP. He is a Yellow Element and Attack Type Fighter. Chun-Li, a Blue Element and Balance Type Fighter increases ATK and DMG up to a whopping 800% with her special skill, making players immune to damage for four seconds when attacked. 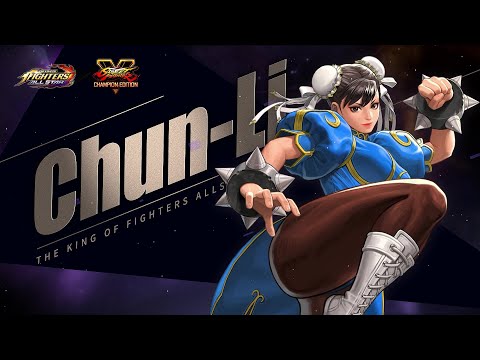 Finally, Luke another Balance Type Yellow Element Fighter, can increase his Active Skill Cooldown while disabling the opponent’s for three seconds. Additionally, he can boost Critical DMG and ATK. These three icons are not the only Street Fighter V characters that will be added to King of Fighters. The coming days will further the nostalgia as beloved heroes like Akuma and M. Bison will also make their way to the game.

There are also several crossover events, including the Dream Match event, which is a free for all match and anyone can join regardless of their rank, core, or buff. The Rush Dungeon will reward players with special items like an Enhancement Hammer, Rubies, and an event-exclusive SFV Soul Random Box, which can also be won by completing Guild Raids. Further, players can expect minor events like login bonuses, lucky chances, mini-dungeon activities, and more. Finally, a new Street Fighter Battle Card has been added which boosts ATK by 2%. Active Skill damage by 4.5% and Critical Hit by 6%.

Get your favourite Street Fighter V characters by downloading King of Fighters ALLSTAR for free on the App Store and Google Play.

Also, check out the best RPGs to play on mobile!
Next Up :
Azur Tower launches the Virtual Tower event that adds new shipgirls, ships, outfits, and much more