By Catherine Ng Dellosa
| May 27

Tursiops Truncatus Studios has officially launched The Day We Fought Space on iOS, its sci-fi wreck ‘em up that lets players fight against extraterrestrial threats to reclaim the earth. Players will have to strategise and unleash their quick reflexes to adapt to the environment and to take down foes while destroying everything in their way.

The Day We Fought Space features procedurally generated environments that will put players' reactions to the test. Weapons, as well as enemies, evolve as you progress through the game, and you can upgrade and customise your ship to make sure you're well-prepared for each mission.

You'll also have to use the power of physics or create chain reactions to shake things up during gameplay. While the debris flying all around you can be a challenge to avoid, you can also use these to deal devastating damage to your enemies in this third-person sidescroller. 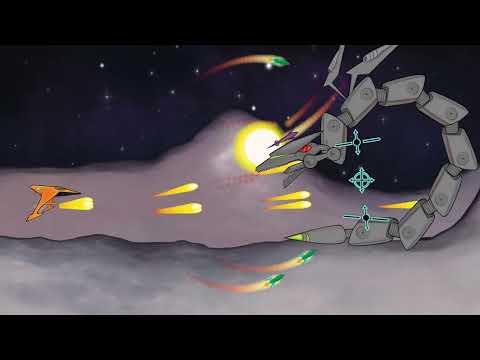 The game features a two-handed touch scheme and a unique art style made more vibrant by the thrilling soundtrack by Venus in Furs. If you're eager to give it a go, you can download The Day We Fought Space on the iOS App Store today. It's a premium title that costs $3.99 a pop or your local equivalent.

To stay updated on all the latest developments, you can join the community of followers over on the official Twitter page as well, visit the official website for more info on the game, or take a little sneak peek at the embedded clip above to get a feel of the game's visuals and gameplay.

Are you on the hunt for more similar titles that will put your skills to the test on your mobile device? Why not take a gander at our list of the Mobile Charts: Top 10 best paid games for iPhone and iPad (iOS)?

Next Up :
Pinku Kult: Hex Mortis, a new turn-based RPG adventure from Valorware, launches within the week