It’s been a while since we heard anything about The Day We Fought Space, the bullet hell wreck ‘em up from Tursiops Truncatus Studios, but a new trailer has been released to remind us it’s still coming out this year.

The Day We Fought Space caught our attention early last year with its vibrant art style and quirky approach to the genre. Set in a world where humanity must reclaim its home from violent alien colonists, you control a ship that can be customised with multiple weapons that stretch beyond your average guns or laser-based arsenal. Unusual weapons such as wrecking balls, saws and short-range teleports also accompany you into battle.

Here's a little bump-set-spike action with the repulsor field in The Day We Fought Space. Our wreck-em-up is designed to be more forgiving than a bullet hell about jumping into the fray and getting physical with the surroundings, like this.#indieDevHour pic.twitter.com/wZHlyaf4ha — Tursiops Truncatus Studios (@TursiopsStudios) January 27, 2021

The melee-focused weapons such as the wrecking balls require exploiting the game’s physics system to get full use out of them. A good example as shown in the new trailer shows the player moving the ship around in a fast circle to give it some momentum, allowing the wrecking ball to swipe quickly through enemy ships.

Here’s the new trailer for The Day We Fought Space. You can see from the video that it is incredibly chaotic and will require your entire focus in order to succeed at the levels. 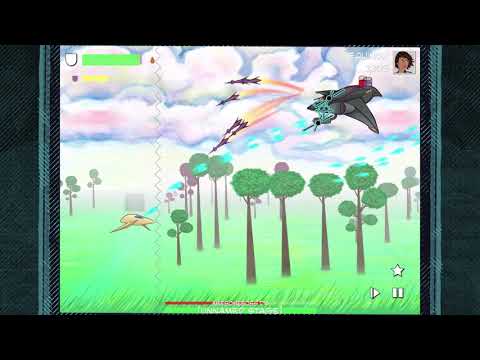 The Day We Fought Space is lined up for a release on the iOS App Store sometime this year. With no solid date or price for the game yet, we’ll keep you posted.

If you enjoy playing shooter games, you should check out this list in which Jupiter highlights some of the best ones on iOS.
Next Up :
Rivengard, a fantasy RPG by Snowprint Studios, is featured in Apple's Founder's Campaign alongside an assortment of other great games