Hop into the action before the game's official release

The Day We Fought Space first popped up on our radar back in January. Its vibrant art style and quirky approach to the shoot 'em up certainly grabs your attention. There's no update on when the game will be released, however developers Tursiops Truncatus Studios are on the lookout for playtesters.

So if you're interested in playing the game before it's released to the wider world, you'll want to fill in this Google Form. However, unfortunately for Android users The Day We Fought Space is currently only heading for iOS. If, however, you are an Apple user and want to get involved with the game's community, alongside joining the playtesting, you can also join the developer's Discord.

If you've not heard of The Day We Fought Space before, it's a shoot 'em up where you'll be able to customise your ship with a plethora of different weapons that stretches beyond the usual guns or laser-based weaponry, though that's all here too. But there's a lot more unusual stuff beyond that, like wrecking balls, saws and short-range teleports to get you into the thick of the action.

When it comes to the more melee-focused weapons like the wrecking balls, you'll need to make use of the game's physics system to get the most out of them. For instance, you'll want to make your ship move around in a circle quickly to get the momentum going so that your wrecking ball lives up to its name. 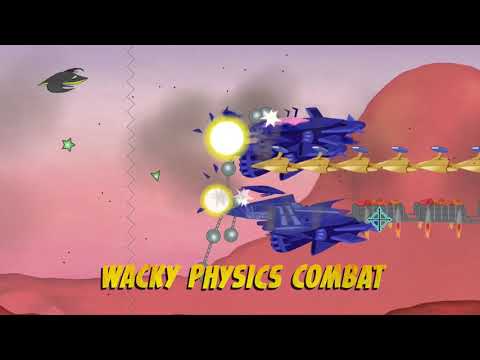 You can check out some of the action in the trailer above to get a sense of how zany this game intends to be and whether or not that's something you're likely to enjoy. I for one love the idea of creating a space-faring, over the top Robot Wars contestant.

The Day We Fought Space will release on the App Store at some stage in the future. There's no concrete date or price just yet, but we'll be sure to keep you updated.

Interested in more upcoming games? Here are some of the best available in soft-launch
Next Up :
Elemental Titans' latest update introduces the new Animon system