Super Mombo Quest is an upcoming action-packed precision platformer that is coming soon to Android, iOS, and Steam. Developer Orube Game Studio has just announced they will soon be releasing the game across multiple platforms.

The game will be released on Android, iOS, and PC on November 4th. Starting from today, players can pre-register for the game on Google Play and Steam.

The developers have also published a release date announcement trailer for Super Mombo Quest, which is absolutely fun, and I highly recommend watching it. The trailer also gives us a good idea of the gameplay and what we can expect from the title. 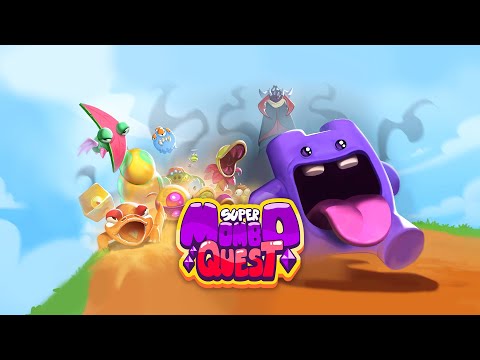 In Super Mombo Quest, you get to explore a magical dimension with loads of collectibles. Players can find secrets, free caged animals and whatnot! The objective is to clear each arena successfully. If you die in the process, you have to try repeatedly until you successfully beat all of them at once. But there is no time limit, which means you can take as much time as you want and explore the colorful world in the game.

As you progress, you unlock more special abilities that will help you breeze past some of the levels. Based on the game description, it has over 100 levels with thousands of evil enemies to be defeated. Players will have full freedom and can play however they like; they can pick up the items of their choice and upgrade them to come up with their own unique playstyle.

Some of the levels will also have boss enemies, and the ultimate goal is to show them that you are the real boss.

Interested in more platformers? Check out our list of the Top 25 best platformers for Android phones and tablets.
Next Up :
SMASH LEGENDS Season 7 introduces new character, events, and more

Super Mombo Quest: A few tips to smash your way through levels