Com2uS’ hit PvP title Summoners War: Lost Centuria has just launched a friendly competition mode where players can host their own matches. The fully configurable mode lets fans customize their very own personalized tournaments to test their mettle against other Summoners across the globe, taking things up a notch for the most competitive players who’re always looking for the next big fight.

Summoners War: Lost Centuria’s “Goodwill Contest” has a total of nine available modes, with conditions like Blessing of Fire, Curse of Indolence, Purifying Magic Circle, or Magic Crushing Magic Circle. The level of monsters and the number of participants need to be established via chat so that the organizer can adjust accordingly. There’s a function to end the competition as needed, so this personalized tournament can be a great practice ground for Com2uS’ world competitions. 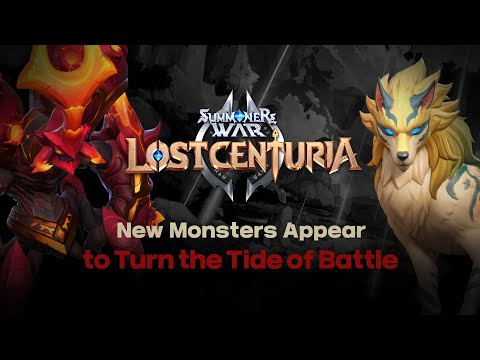 Along with the competition mode comes two new monsters that players can add to their deck collection. Scarab, a Fire attribute heroic character, is breaking ground as the first original monster from Summoners War: Lost Centuria. He not only looks hella cool, but he can also cast an Increase DEF effect on himself plus a Fortification effect that deals Continuous Damage on the attacker.

The second monster is Belladeon from Summoners War: Sky Arena. The Inugami of Light is a Rare character with a Light attribute that can grant Continuous Recovery on allies.

Summoners War: Lost Centuria is available to download on the App Store and on Google Play as a free-to-play game with in-app purchases. To stay updated on the latest developments or to find out more about the Goodwill Contest, you can visit the official website.

Looking for a way to play with more people? Check out our list of the top 25 best mobile multiplayer games for iPhone and iPad (iOS)!

Next Up :
PUBG New State's new field trip into Troi's vehicles and other utilities is here