Summoners War: Lost Centuria, a strategy title from Com2uS, has released globally for Android and iOS

In March, Com2uS had announced the upcoming release of one of the most awaited additions to the Summoners War franchise, Lost Centuria. Today, the publisher has finally released the game globally for both iOS and Android.

The game introduces a host of new content, a brand new matchmaking system and lots more. It is based on Summoners War: Sky Arena, which acts as the core for the game. To rage war against the other players, you must prepare a balanced deck consisting of eight monsters. You'll then be able to take on other players in a series of PvP bouts that put your strategic skills to the test.

The game has added a unique counter system that allows you to uncover weaknesses and various ways to survive enemy attacks. The game promises to deliver fair matchmaking to ensure you're not playing against people that are at a higher level than you. In case you need any help, we devised a Lost Centuria guide to help you out! 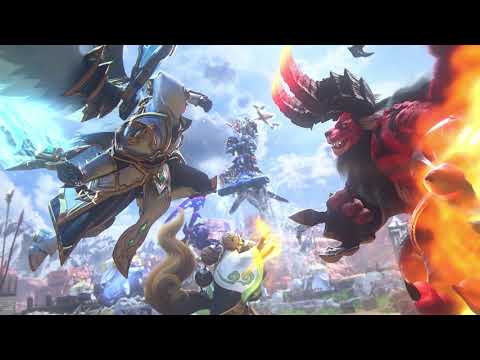 During the launch of the game, there will be a total of 40 monsters playable with more coming in the future. You can also try out each monster to try out new combinations of skills, test new team compositions and check the best summoner spell for them.

Finally, it is time for all the millions of players who pre-registered and waited patiently for the game’s global release. It is also worth mentioning that, recently, Com2uS held an event on the 24th of April called World 100 Invitational. It managed to get 200,000 spectators in real-time and more than 4 600,000 views cumulatively, clearly showing that the game possesses some esports potential.

Summoners War: Lost Centuria is available now to download on the App Store and Google Play. It's a free-to-play game with in-app purchases.

Searching for more excellent multiplayer games to play on your phone? Here are 25 of the best available for Android phones and tablets.
Next Up :
Fortnite v21.20 update brings New Indiana Jones skin set, Charge SMG, and more