Com2uS has just launched its Season 8 update, inviting players to dive back into Summoners War: Lost Centuria with its new Water Hero Monster, Mu Shu. The latest update also welcomes a brand new Co-Op Battle Mode - which helps players band together to take down challenging bosses - along with a new “Selective Ancient Summon” that guarantees pulling a specific monster from the summons pool.

Summoners War: Lost Centuria adds fresh content into the popular fantasy RPG franchise with the Season 8 update. In particular, Mu Shu is a new Water Hero Monster that can grant a special ability that boosts damage and negative effects on enemies. The Co-Op Battle Mode, on the other hand, lets players team up with online buddies to defeat bosses, and will be open during weekends. 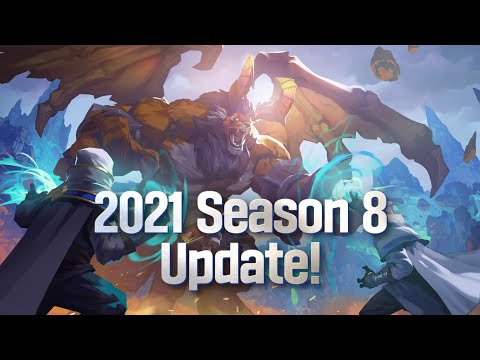 Meanwhile, the “Selective Ancient Summon” lets players use their Ancient Book or Magic Crystal to pick a Monster at the start of the season for a guaranteed pull. The new “Level Boosting” function can also speed up character progression as it lets players use their new monsters in battle to test their Skill Stone among other things.

Thanks to the new emojis and new transmogrifications, the latest season is also bringing in some holiday cheer to the PvP game, so if you're eager to join in on all the festivities, you can download Summoners War: Lost Centuria on the iOS App Store or on the Google Play Store for Android devices. It's a free-to-play game with in-app purchases. You can also take a sneak peek at the embedded teaser trailer above to get a taste of what's in store for you this season.

Are you on the hunt for more multiplayer titles on your mobile device? Why not take a gander at our list of the top 28 best multiplayer games for Android phones and tablets?

Next Up :
Puzzle & Dragons brings on the "kawaii" with Hello Kitty and friends in latest collab event