When it comes to the endless runner genre on platforms, Subway Surfers has always remained massively popular among players. You might be aware of it, but there was always a question of who is a Subway Surfers creator and what inspired him.

Each of the versions has unique content and the developers have done an excellent job in creating a bug-free and well-balanced game. All of the above editions are available for free on their respective app stores.

Recently, there have been a lot of search queries regarding the creator of the game and why he chose to make it. So, today, we will take some time to get to know the creator of Subway Surfers and some facts related to them.

Mathias Gredel Norvig, the current CEO of SYBO Games, was the lead designer of the game, but the game originated earlier. Sylvester Rishøj Jensen and Bodie Jahn-Mulliner founded SYBO in 2010 after winning 1st prize for best animation movie in 2009. That short film was the origin point for the concept of Subway Surfers, and the two of them further developed the idea with Kiloo, a Danish games publisher.

When the idea was finalised, the development of the game began immediately and a full-fledged release because available on 23rd May 2012. The game’s download numbers on multiple platforms skyrocketed and gradually the devs started working on multiple editions of the game.

In 2018, Mathias Gredel Norvig attended the Pocket Gamer Connects event in London, where he talked about the journey of making Subway Surfers. Take a look at the video below to learn more about the story of Subway Surfers. 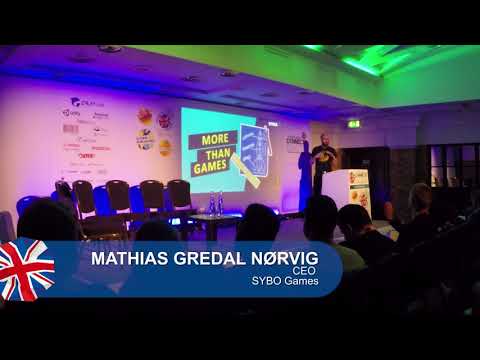 The fake story that surfaced on Twitter regarding Subway Surfers

A Twitter user tweeted about the game saying that Subway Surfers was made by the creator in memory of his deceased son. The tweet also stated that his son lost his life due to an accident on the rail tracks while skating.

The tweet went viral within a short space of time, with the rumour very quickly being put down by a tweet from Sybogames, which stated that the game was designed to pay homage to street culture and diversity. As you can see above in the PG.biz talk above, the SYBO CEO outlined that "The influences for the game were a mix of passion, street culture, fashion, animation, music, graffiti, skateboarding.”