FunPlus and their KingsGroup Studio have announced that their popular free-to-play strategy mobile game State of Survival is celebrating its third year anniversary since launch along with the 150 million download milestone. This celebration will see new heroes added in alongside some in-game events as well as community-driven events too.

Let’s begin with those new heroes first! One of the major rewards that will be given out is the new heroes Buzz and Scope. Buzz is a punk-rock aesthetic adorned guitarist who is hellbent on serving all of these zombies the gig of a lifetime by, of course, murdering them all. Scope, on the other hand, is a quiet, tormented lone wolf sniper who lost his partner long ago and has been aimlessly wandering ever since. Both of these new heroes will be available to players who have passed Generation 9 in-game. 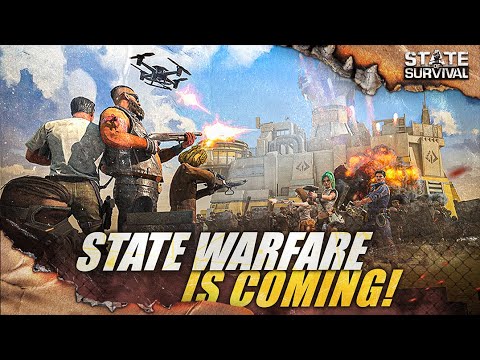 To celebrate the 150 million downloads, players who log in during the duration of this celebration will get themed frame avatars, a variety of log-in events that will hand out free rewards, cosmetic decorations, new episodes of their Meet The Survivors mini-series, and more rewards that will be announced later this week through the State of Survival social channels.

State of Survival has quickly become a massive name amongst the strategy mobile gaming crowd, and now has the download numbers to prove it. It has hosted crossovers with massive properties like The Walking Dead and Warner Bros, adding in iconic characters from both, and is likely to continue growing for quite some time.

If you’re looking for a strategic base-building game with a little bit of turn-based combat in there too, or if you just simply want to slay some zombie hordes, State of Survival may be the game for you. And with all of these events going on now, there’s never been a better time to try it out!

If you’d like to do so, you can download State of Survival for free at either of the links below! In the meantime, you can take a peek at the official Twitter account for news on those rewards that will be announced later!

Looking to mow down more hordes of the dead? Check out our Top 30 best zombie games for iOS!
Next Up :
Unhappy Raccoon launches new beta client and finally announces release date

State of Survival plasma core - How to find and use them