Only a year after the release of the first Slime Labs game, developer Neutronized has announced the sequel will release in March for iOS and Android. The first game was essentially a collection of the old flash games, titled Slime Laboratory, that the developer had piled into a single game and released as such.

Now, with Slime Labs 2, there will be fully original levels with new challenges for this slime creature to go through and new features for the creature himself, including a long tongue to swing from. For those wondering, Slime Labs is a physics puzzler with a dash of platforming. In it, as you could probably gather from the name, you are a slime monster that escapes the lab it was grown in and must find your way out by morphing and shaping your body into dozens of different shapes, avoiding obstacles the entire way. For a more in-depth look at these mechanics, check out the trailer for the sequel below. 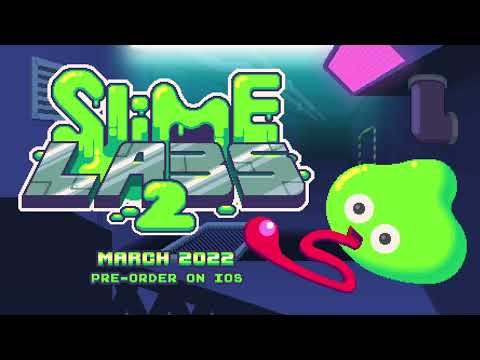 While the gameplay is fairly simple, Slime Labs found a large amount of success due partially to the nostalgia for the classic flash game series and equally due to the ways the developers take this simple premise and introduce a ton of levels, each entirely unique and interesting. This leads to the gameplay basics being flipped on their head and forces you to really test your brain to figure out each level, keeping every fresh and interesting in each level.

After the successful launch of the first, plenty of people are already looking forward to this new sequel, and if you’re one of them, you can pre-order Slime Labs 2 now on the App Store. Unfortunately, there’s no word on Google Play pre-orders at this point in time, but you can follow developer Neutronized on Twitter for any updates.