Neutronized's Slime Labs, the physics-based platformer, is now available for both iOS and Android

Neutronized’s Slime Labs has finally released for both iOS and Android. Neutronized is an Indie game team that makes mobile games, mainly with pixel graphics. Some of their popular games include Super Cat Tales, Swap-Swap Panda and Picnic Penguin.

Slime Labs is a physics-based platformer where you control a blob of green ooze that can squish, stretch, shrink, and get enormous by absorbing smaller bits of slime around it. In order to pass the level, the players have to dodge lasers, spikes and drops into lethal liquid. Once the player fails to pass it, they need to restart the level. In addition, players need to collect the hidden data disks in order to advance to the next level.

Players who love pixel graphics games might find Slime Labs quite interesting. Also, the players who loved old flash games will find it similar, as the mechanics and graphics are reminiscent of that time. Apart from that, the game has multiple endings and groovy background music to keep the players engaged. Also, as the player progresses through the levels, the difficulty also increases accordingly. 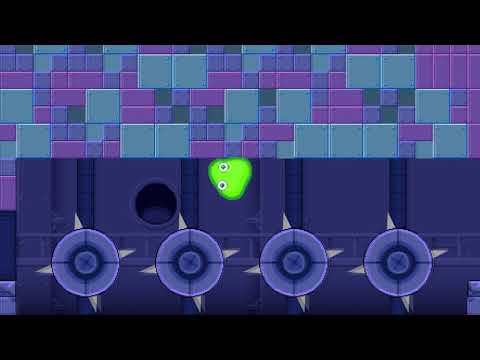 The game has a unique concept for making the gameplay more exciting. For completing the level, players have to collect the small bits of slime in order to destroy the walls and surpass potentially dangerous situations. Also, when the ooze becomes big in size, it will be harder to control it as well.

You can check out a trailer for the game in the YouTube video above. Here you can check out the soundtrack alongside grabbing a glimpse of the various way's the slime's abilities can be used.

Slime Labs is available on the Google Play Store and App Store. It is a free-to-play game with in-app purchases.

Looking for more stellar platformers to play on your phone? Here are 25 of the best available for iPhone and iPad
Next Up :
Daily Dadish lets you try and save your missing radish kids one day at a time, out now on mobile