Kabam Games' Shop Titans has received an update today that apparently brings the biggest content drop to the tycoon sim to date. It introduces new dungeons, a boss and a host of new blueprint items for players to use.

It's called the Tier 10 Update and will give players three extra dungeons to explore alongside a new boss that will provide rare components upon defeat. These will then be used for 32 all-new blueprint items that have been added in this update. You can check out the video below for a glimpse of what to expect. 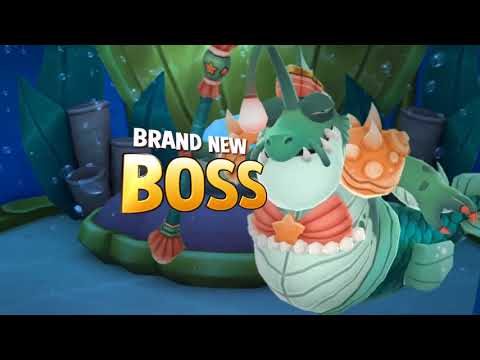 This naturally then gives players who have crafted all the Tier 9 blueprints and cleared the rest of the game's content some new stuff to dive into. The added blueprints are much more difficult to craft and three of the components can only be found in the new Sunken Temple dungeon.

Elsewhere, the game has also received Steam Guild Chat and Achievement integration alongside Extended Ascension Milestone Tracks and New Guild Perks. There will also be seasonal/timed items packs that can be purchased on the following dates:

If you're unfamiliar with Shop Titans, it's a tycoon simulator where players make their own fantasy-themed shop. They'll assemble a team of customisable heroes who will explore dungeons and overcome bosses to bring back materials that can be turned into stock to sell.

Shop Titans is available now over on the App Store, Google Play and Steam. It's a free-to-play game with in-app purchases.

On the lookout for more RPGs that you can play on your phone? Here are 25 of the best that are currently available for iPhone and iPad
Next Up :
Space War Battle Cadet DX lets you match colours to defeat enemies, out now on Android

Shop Titans, the shop management RPG, teams up with Avatar: The Last Airbender for a majestic event