Massive mobile developer Netmarble has announced the latest update to its adventure RPG Seven Knights 2, bringing in Season 2. This new season features new characters to play, a new region to explore, and some various quality of life upgrades as well.

First up, the brand new region is the highlight of this update. Moonlight Isle will be the setting of Season 2 and will be adorned with some high fantasy decorations alongside a deep, magical forest that is covered in a thick layer of mist.

This new region brings with it two new characters as well; Heavenly Sword Ace and Harmonic Melody Lina, both popular members of the cast of the original Seven Knights. Heavenly Sword Ace is a legendary+ grade hero, the highest rarity available, and is a lord of Moonlit Isle who protects his residents against any threats. He is a character focused on performing well in the PvP portion of the game, and has a large area-of-effect stun move that will surely do a number on your foes. 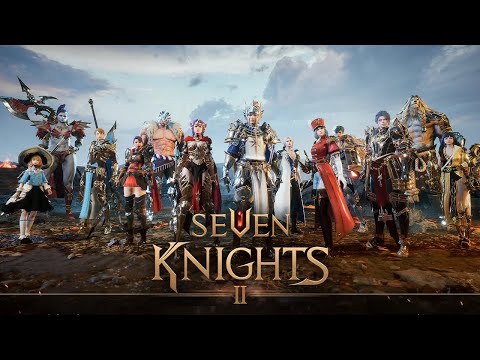 Melody Lina on the other hand is an ex-member of Evan Expedition, the most prominent group of characters within the lore of Seven Knights. She now fights for peace on Moonlit Isle alongside Heavenly Sword Ace. She is an all-around healer who can cast shields, buffs to combat abilities for your party, and large-scale healing for them as well, making her an excellent support character.

To celebrate the launch of Season 2, players can participate in a variety of in-game events that will offer up free rewards. These events are:

So, needless to say, this is a prime time to get involved with Seven Knights 2 and get your hands on these fancy new characters. If you’re looking to do so, you can find it for free on the App Store and Google Play as well.