RuneScape’s story has been cooking for over a year now. The Elder God Wars storyline took players through an immersive adventure as they battled super-powerful beings and achieved monumental feats. It was all leading to one big boss battle, which has been touted as RuneScape’s biggest yet. After the Elder Gods story, RuneScape released an interlude chapter called Twilight of the Gods that aimed to bridge the gap with the upcoming battle by giving everyone a chance to obtain a powerful item that would be of great help.

The day of the battle is almost here. On July 4th, valiant heroes will take on the nefarious Lord of Chaos, Zamorak, in his brand new and dynamic dungeon. It’s being called dynamic because the quest isn’t built for high-level endgame players but for everyone, no matter their skill set. You see, the difficulty and rewards all scale accordingly. Anyone and everyone will be able to participate, which is awesome. 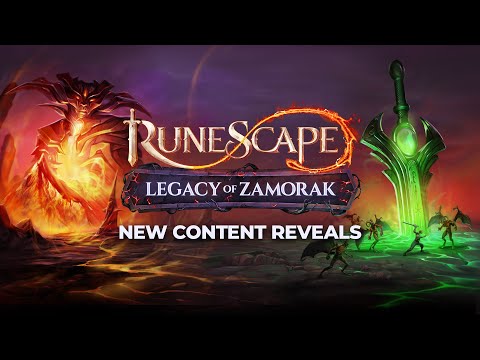 As we dive into the Legacy of Zamorak questline, players will traverse through the ruins of the Zamorakian Undercity that is littered with cultists, monsters, and mini-bosses, all of which must be defeated before Zamorak himself can be banished. The mission can be achieved solo or in groups, with the gameplay and rewards varying with what’s selected. The dungeon will feature three modes – a Story mode that reduces incoming damage by 90%, a Normal mode for the standard experience and finally, the Enrage mode which poses a massive challenge forcing players to give their all.

To make everything seem cohesive, following the boss fight, players will be tasked with another mini-quest so that everything ties into the Elder Go Wars storyline. Additionally, this time a global leaderboard will be featured for Enrage mode players, a first on RuneScape. Fighters worldwide will compete against each other. Who can beat Zamorak the quickest?

Dive into this enormous world filled with decades of content by downloading RuneScape for free by tapping on one of the links below.

Also, check out this list of the best MMOs to play on mobile!
Download now!
RuneScape Mobile