The massively popular mobile RPG Raid: Shadow Legends has announced that the fan favourite hero character Death Knight will, after many demands from fans and a long time waiting, receive a Legendary version in August. This is big news to any fan of the game, as Death Knight has long been the face of Raid, being featured in just about all of its commercial spots.

This announcement is very specifically being done as a sort of thank you to longtime fans from Plarium, the developer of Raid: Shadow Legends. Due to the massive success of the game as well as the recent excitement over the Ninja and Deliana Champion giveaways, alongside the 3rd anniversary event and a total of 80 million unique downloads, Plarium wants to return the favour to the fans and give them something they’ve desired for a long time. 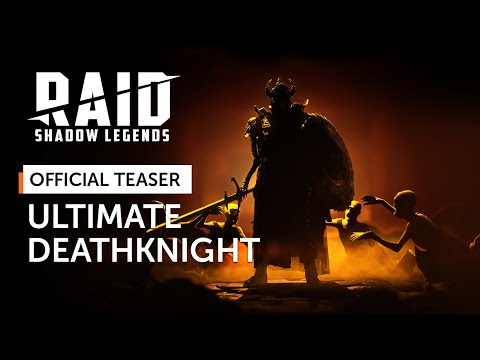 And so, the classic and popular Death Knight will indeed be getting a Legendary variant. This means that, while the base design will mostly stay the same, Death Knight’s Legendary version will assuredly have some very flashy visuals on display that make him stick out from his original self. While not confirmed, it’s a decently safe bet to assume he’ll have new moves and abilities that differentiate his kit from the normal stuff too. Basically, this new version is the fan favourite Death Knight but about three hundred times more cool and flashy.

So, whether a new player or a veteran of the Raid world, this is exciting news, and there’s never been a better time to check out Raid: Shadow Legends for yourself. The turn-based party-building fantasy RPG can be downloaded completely free at either of the links below this article and if you’d like a bit more information, you can always check out the official Raid: Shadow Legends website!

Looking for more strategic role-playing gameplay? Check out our best turn-based games for mobile devices!
Next Up :
Cats & Soup introduces a new kitty alongside some new furniture items in July update