There's also a new chapter in the Metro Exodus collaboration

PUBG Mobile is set to hit version 1.2 very soon and this update will bring a host of new content to the endlessly popular battle royale. Among other changes, we can expect new gameplay, a weapon, Metro Royale content and Royale Pass Season 17.

There's also something otherworldly at play on Erangel, with the arrival of special runes that give players additional powers. It's called Runic Power Gameplay, with players being given a choice of three rune energies before starting a game. They'll then be granted a summon and boost skill that will provide various strategic advantages. In addition to these powers, players will also be able to find a new FAMAS variable-fire assault rifle that uses 5.56mm ammo with reduced recoil. 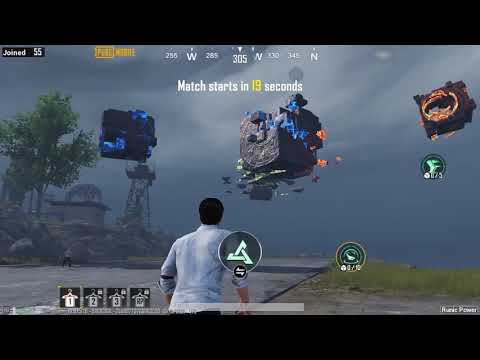 The runes and their abilities will include the following:

Elsewhere, PUBG Mobile's collaboration with Metro Exodus reaches a new chapter today. It's called Metro Royale: Honor and will see players earning Honor by defeating enemies and grabbing in-game items. This can then be exchanged for special voice packs, outfits and other permanent rewards.

Meanwhile, on 19th January, Royale Pass Season 17 will kick-off. It will sport the Runic Power theme and will offer players the chance to grab various cosmetics such as the Deadly Sickle and Guardian Armor Set. Meanwhile, a new variant of EvoGround Mode will arrive on February 15th with more details on both expected to be unveiled soon.

Looking for more shooters to play on your phone? Here are 15 of the best available for iPhone and iPad
Next Up :
SAMURAI X - X-Sword Style, a brand new 2D action platformer, launches today