Small size, big action - PUBG MOBILE has released a new Traverse-Insectoid mode, where players can engage in missile mayhem as they shrink down to the size of a bug. Be warned, though - just because battles are scaled-down doesn’t mean they’re any less epic.

In this exciting addition to the Version 1.4 update, you can zip here and there across five special labs littered all over the Erangel map to add some extra oomph to the already-exhilarating battle royale. Players that have shrunk down to Insectoid mode can’t access their equipment from their backpacks - instead, an awesome homing missile launcher will help you with your plan of attack as you fight to be the last player-slash-insect standing. The missile launcher comes with unlimited ammunition, so battles are guaranteed to be as explosive as ever from now until July 5th. 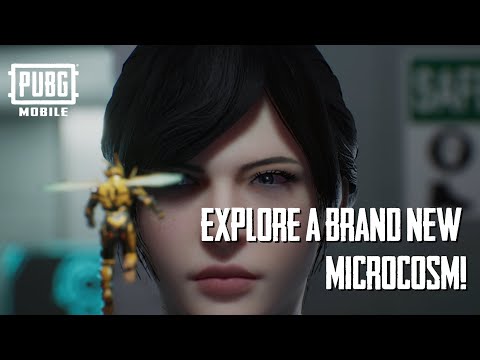 To join in on the miniature madness, simply select Erangel’s new themed mode and interact with the Quantum Transformation Device inside the new labs. While you’re in Insectoid form, you can also collect Energy Light Points - gathering 40 Light Points lets you activate a Wormhole Device so you can teleport between labs.

You can fly about to your heart’s content within the vicinity of the lab to stay in your new bug-sized form, as doing so will keep you safe from normal weapons. You can, however, still get knocked out by the all-powerful pan, so be sure to tread carefully.

PUBG MOBILE is available to download on the App Store and on the Google Play Store for free with in-app purchases. You can check out the official website to stay updated on the latest developments, especially as the highly anticipated Version 1.5 update arrives soon.