PUBG Mobile crosses 1 billion downloads and partners up with Warner Bros. for an upcoming Godzilla event

In a recent announcement, the PUBG Mobile team has revealed that the game has crossed 1 billion downloads worldwide. And with this news of success comes another massive collaboration with Godzilla.

With this huge achievement, Tencent will be partnering up with Warner Bros. Pictures and Legendary Pictures’ for an in-game event and also to promote their upcoming film Godzilla vs Kong which will be releasing on 31st March in theatres.

In addition, during the weekend players will witness the most awaited PUBG MOBILE Pro League Spring Split 2021 and All-Talent Championship. Both of these tournaments are set to start on Friday, March 26. The tournaments will be live on the official Youtube Channel.

The game has made remarkable progress in the past few years which has contributed to its ongoing success. According to the reports, the game was downloaded more than one billion times in the app stores, excluding Mainland China. 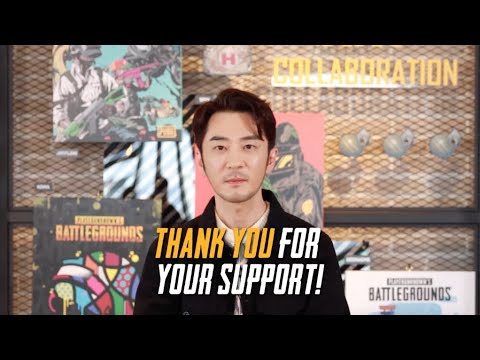 The above video shows a special message by the CEO of Krafton Inc. as the game rewrites the history. Also, the producer of the game Rick Li said: “As an authentic mobile version of PLAYERUNKNOWN’S BATTLEGROUNDS, PUBG MOBILE is loved and supported by more than 1 billion worldwide players in the past three years. We have highly appreciated all the support. The development team will continue to provide the most realistic and creative gaming experience, with the highest quality on the mobile platform.”

PUBG Mobile has always been creative and has constantly provided updates to fix the bugs and improve the gameplay. To date, the game has released 30 updates globally. So, get ready to be a part of this new and exciting collab.

Looking for more shooters to play on your phone? Here are 15 of the best available for iPhone and iPad.