DeNA has announced that a new Legendary Sync Pair will be arriving in Pasio on December 23rd at 10 pm Pacific Time. This will be N and Zekrom, who will appear in Pokemon Masters EX in a story event called The Ideal Formula.

Those who played Pokemon Black and White will be familiar with N as the former King of Team Plasma. He will be partnering up with Zekrom, one of the two Legendary mascots from those games. You can check out a teaser trailer for the event in the embedded video below. 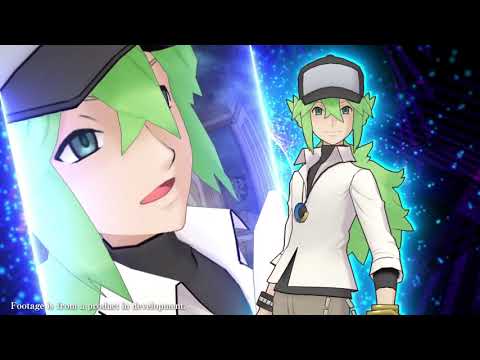 Additionally, if players haven't claimed it already, they can net themselves 3000 Gems as a gift if they log into the game between now and December 30th. This is to celebrate 10,000 retweets for the arrival of Gloria & Zacian.

Alongside this legendary addition to Pokemon Masters EX players will also have a chance to get themselves Sygna Suit Red & Charizard, Sygna Suit Blue & Blastoise, and Sygna Suit Leaf & Venusaur. They will have a special Sync Pair Spotlight Scout that will be available until December 31st.

Coming soon, N & Zekrom of the Unova region will make their long-awaited debut in the sync pair scout in Pokémon Masters EX! Also, on 12/23 at 10:00 p.m. PST, all players will receive enough gems for one ×11 scout as a gift!#PokemonMasters pic.twitter.com/4AZ5yAgejZ — Pokémon Masters EX (@PokemonMasters) December 21, 2020

They can all mega evolve during a battle and can be increased to 6-Star EX. That means that you can make each of them more powerful in a fight and also net their trainer a different outfit to wear. These three Sync Pairs are only available whenever they appear in these Spotlight Scouts.

Looking for more excellent RPGs that you can play on the go? Here are 25 of the best available for iPhone and iPad
Next Up :
Fortnite v21.20 update brings New Indiana Jones skin set, Charge SMG, and more