Iron Will Studios expands the galaxy in Outer Empires

We recently noticed the growing excitement around an epic new space-based MMO called Outer Empires, which is looking to provide something of an EVE Online experience across both the iPhone and PC through an in-browser game.

Lead developer Paul Hutson came down from orbit for a few minutes to tell us what we can expect from this massive online multiplayer.

Pocket Gamer: Can you give us a bit of background on where the idea for Outer Empires came from?

Paul Hutson: I’ve always enjoyed expansive games that let the player do what they want. If we look back to Elite when it first came out it was an excellent gameplay experience because you go anywhere and do what you want There was just a universe out there to make money in.

Outer Empires was born from that basis then grew to include all of the other things that make a galaxy function including colonies, mining, and more to make it more than a basic trading game and into part RTS, part RPG, and part sim.

Outer Empires is to be cross platform. Will the iPhone and PC versions be the same, and will it essentially be a seamless experience between them?

The iPhone (and iPod touch) and browser (Firefox, Safari, Chrome, etc.) versions work seamlessly together. Anything you can do in one, you can do in the others.

We’ve tried very hard to create the same interface functionality on the iPhone version as on the larger screen. Some of the screens from the browser version have required splitting into two parts for the iPhone, but all of the functionality is there.

What sort of gameplay can we expect in Outer Empires?

It all depends on what the player wants to do. There are multiple things the player can do with his character. Will you be an explorer? A trader? A manufacturer? A researcher? What areas do you wish to focus on and who can you help in such endeavours?

For example, you might begin thinking about establishing colonies on planets or moons, paying for flat packs, workers, resources (food, water, air, etc.) and transporting everything necessary to your new colony to get it well-established.

Alternatively, you might be content trading resources or protecting your faction’s holdings, or you could be that troublesome pirate in some outer system waiting for someone to fall into your trap.

The path you take through the game is up to you! 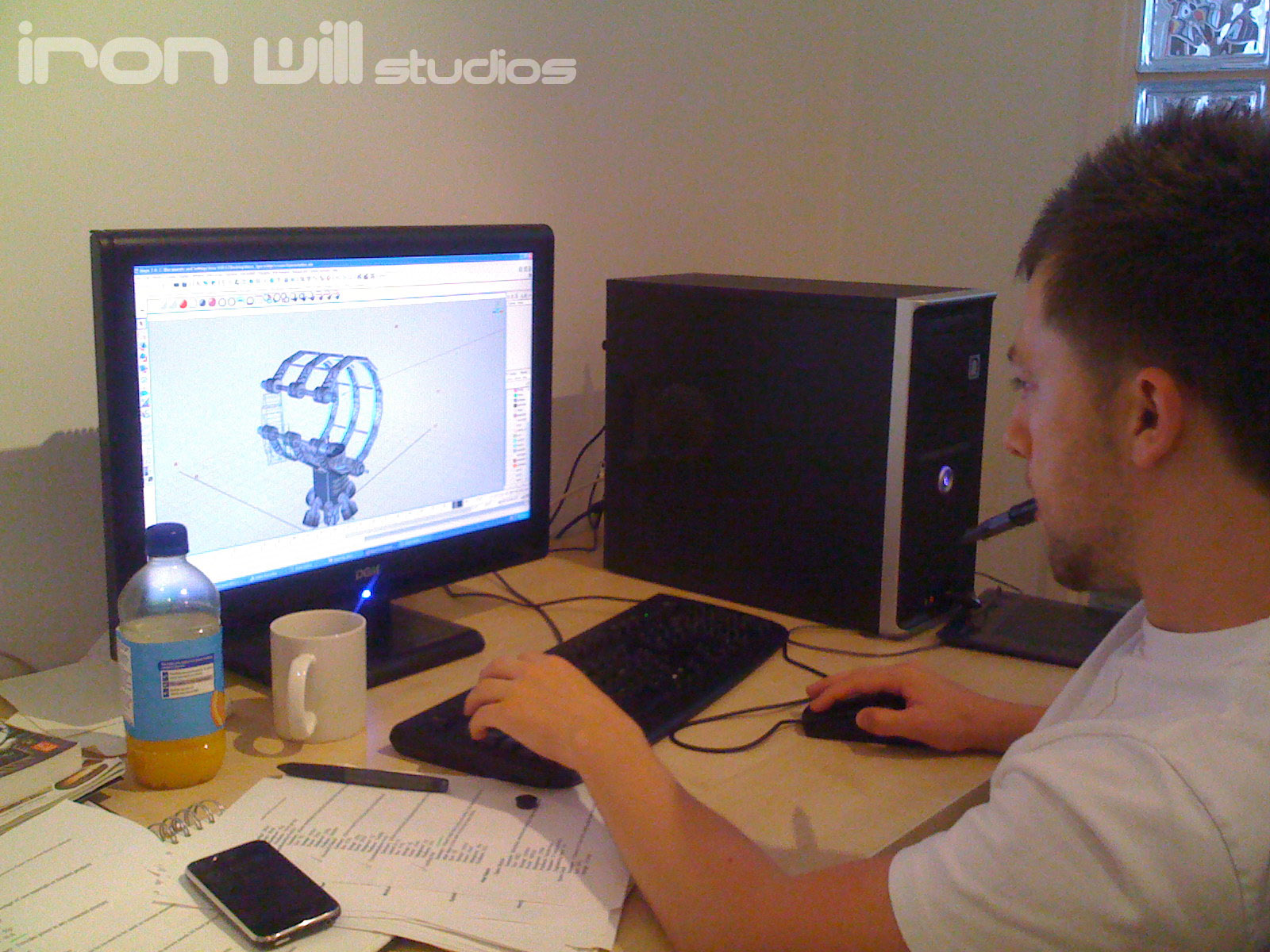 Jason Turner designing one of Outer Empire's many vessels.

Will Outer Empires work over 3G, or will it be wi-fi only?

Outer Empires will work on dial up but the experience is better over faster connection speeds (to reduce lag).

Can you tell us a little about how the trading and currency systems will work?

Every Resource, processed material and item can be sold or bought on the market - every system has its own mini economy running, based on the goods it has within the local area.

For example, in a region where lead is available, they sell it cheaply and don't pay much for people bringing it in, whereas if a system doesn't have lead they pay a lot more for it.

The economy fluctuates over time and resources come and go regardless of whether the players are selling and buying - the in-game government runs trade routes around the systems.

Players will be able to earn Credits from jobs (which can be found at a job terminal in Space Stations), bounties (placed on both players and NPCs) and from market trading.

How big is the Outer Empires universe going to be?

The Outer Empires universe spans twenty thousand star systems. Within that there are around 170,000 colonisable planets and moons. Players can interact with every object in the game.

Guilds are a big part of other MMO games. Will Outer Empires cater for that side of the online experience?

Within Outer Empires there are factions - factions are groups of players who have joined together for mutual protection of colonies or for trade and economic reasons - either temporarily or on a more permanent basis.

Communication within factions is either through the in-game chat or through private forums set up within the game system. 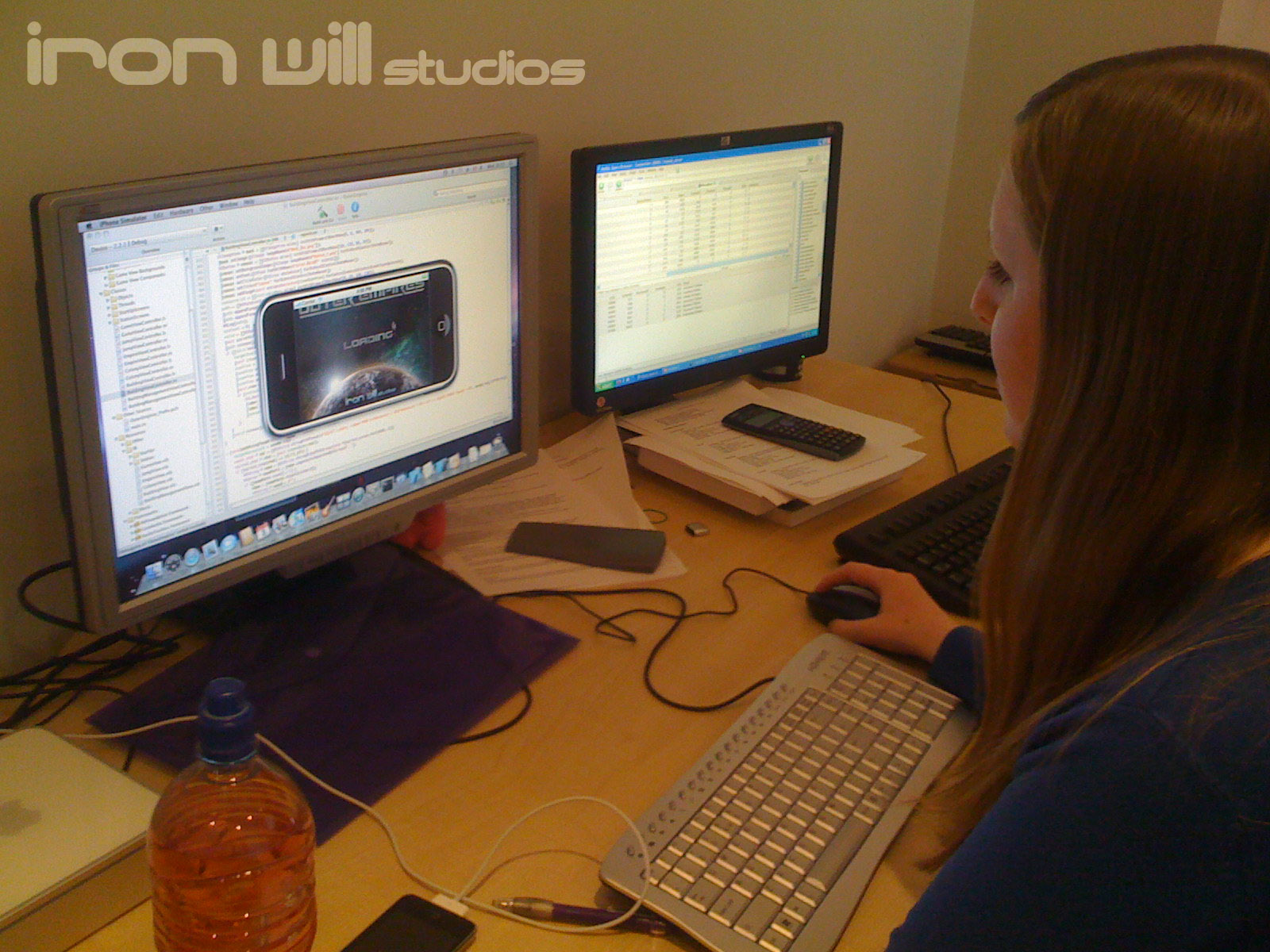 Susie Rowland working on the iPhone version of Outer Empires. Will players be able to have a direct effect on the Outer Empires galaxy?

Players will be able to take control of planets, moons and systems within the game - either by fighting for control or being the first ones there.

More interestingly, there are research facilities that players can build in the game to discover new technologies (or rather, enhance other technologies). As time goes on I envisage there being a sort of arms race to get better shielding, weapons, buildings, hulls, and so forth so that you can better defend against those who might want to take your colonies from you.

What's been the most difficult part of Outer Empires’s development?

Difficult question. I think the basic set up to allow interaction between the iPhone, browser and the backend servers was probably technically the hardest part.

Gameplay wise, balancing the economy has been difficult. We keep tweaking it as we go to make sure things work as they should based on feedback from the current testing group we have.

When do you think we’re likely to see it on the App Store, and have you decided on a price point for the game yet?

We’re hoping to have the game available in the App Store around the middle of July. Our price point hasn’t been set yet although it’s likely to be around £4.99 for the full client.

There'll be an Outer Empires Lite version as well, giving players the opportunity to play through the first eight levels of the game for free. 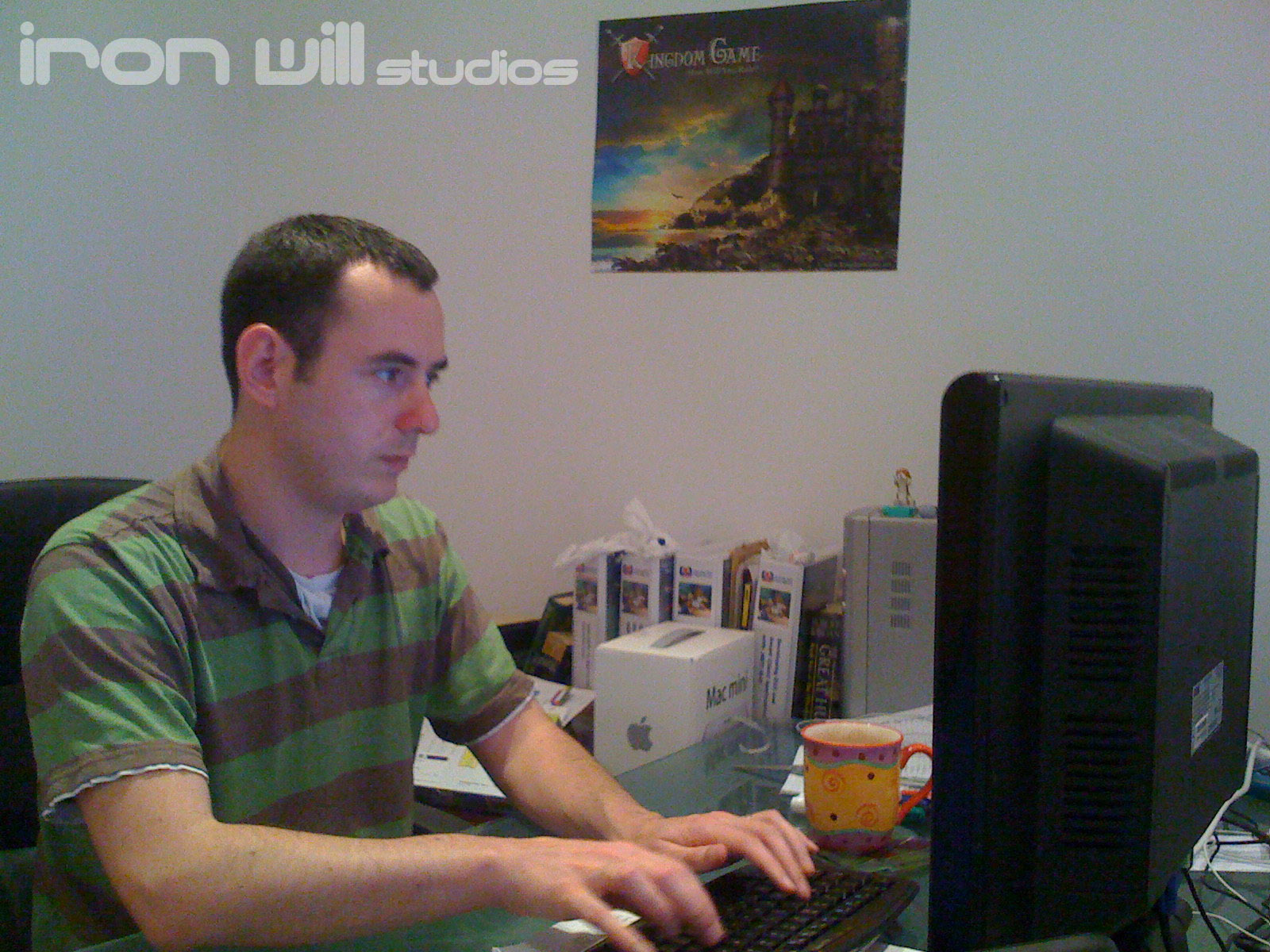 The iPhone’s 3.0 software allows for in-game micro-transactions, which are often popular with MMOs. Is this something you think you’ll use in Outer Empires?

There will be a subscription system for people who want to advance beyond level twenty (or have empires of more than three colonies). Probably for around £3 per month. However, we won’t be selling other resources or items in game.

What is it about Outer Empires that's really going to stand it out from the crowd of iPhone games already out there?

While some games for the iPhone are short term pick up and play for a few hours, Outer Empires is a much larger ongoing game.

You can play as a casual player doing a few jobs here and there or setting up a couple of colonies, or you could put in a bit more time and become the ruler of a massive online empire - all from the palm of your hand.

Thanks very much to Paul and Iron Will Studios for taking the time to chat with us. Watch this space for more Outer Empires coverage very soon.
Next Up :
Best upcoming mobile games in 2021