It has to be said: Outer Empires has been keeping me hooked, as you may have gathered from the 46th Pocket Gamer Podcast.

It's also one of the few MMOs on the iPhone, and a real technical achievement.

So we decided to send off some questions to developer Paul Hutson of Iron Will Studios to get the lowdown on this futuristic, multiplayer app.

Pocket Gamer: Can you tell us what Outer Empires is about?

Paul Hutson: Outer Empires is a space based MMOG set in a massive (literally massive) galaxy of 20,000 star systems.

Within the game you can fly different types of missions, from freight (transporting items for the government from location to location) to combat (fighting off wanted people throughout the galaxy).

On top of that you can start your own empire by colonising planets and moons within systems - from there you can mine resources, research new ship modifications, manufacture items from blue prints.

There's really so much to do it's hard to explain it all in a concise way. With over 20 ships available to pilot, build and fight with, hundreds of different types of ship modifications (ever growing now players are researching, marketing and manufacturing their own), 180 thousand planets and moons to colonise, the scope for the game is enormous!

There's so much to do for both the casual and hardcore gamer, from short missions to running huge empires of hundreds of planets...

Will you be a faction leader leading a group through the game? Will you been someone who specialise in researching one type of technology so that everyone knows who is creating those power generators? Will you be a mercenary or bandit flying around the galaxy attacking people? 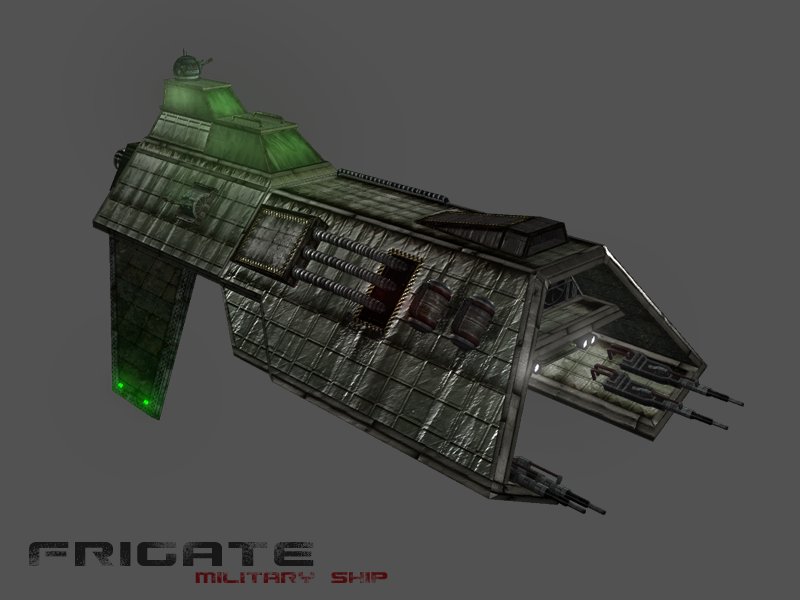 What makes Outer Empires different from other apps?

It's a fully graphical MMO that you can play anywhere you want.. it's not a ten minute wonder, you don't play it and then put it away - it keeps growing and evolving. There are so many different pathways through the game, you can't quite do them all at once, but it's up to you.

What exactly did you want to achieve when you set out to make Outer Empires?

I wanted to make a cross-platform game that people could really affect - I wanted to give people the tools to be able to change the way the game worked from the inside.

Whereas with a lot of MMOs you play through the content provided to you you do the same quests everyone else has done, but really don't change anything in the long run.

In OE you can build an empire, conquer others.. research new goods to sell, start up a trading empire, attack people, be a pirate amongst a whole load of things!

Essentially Outer Empires is an MMO on the iPhone, a challenge in itself. What have been some of the major technical challenges you have come across during development?

The main challenge has been creating the networking layer that worked across both the platforms we're using - we didn't know whether it would work when we started, but quickly prototyped it (in about a month or so) - and it's working really well now.. a few little issues to iron out, but I think we're about there.

Now it's difficult not to make a comparison with Eve Online, but there are some strong parallels between the two. Was Eve Online a big inspiration, or perhaps the classic PC title Elite?

Honestly, a bit of both.. but what online space game couldn't be compared to those two?

My real aim was to make a game that was fun and easy to get into, but also has a huge scope whereby people can get stuck into a (semi) realistic futuristic scenario. 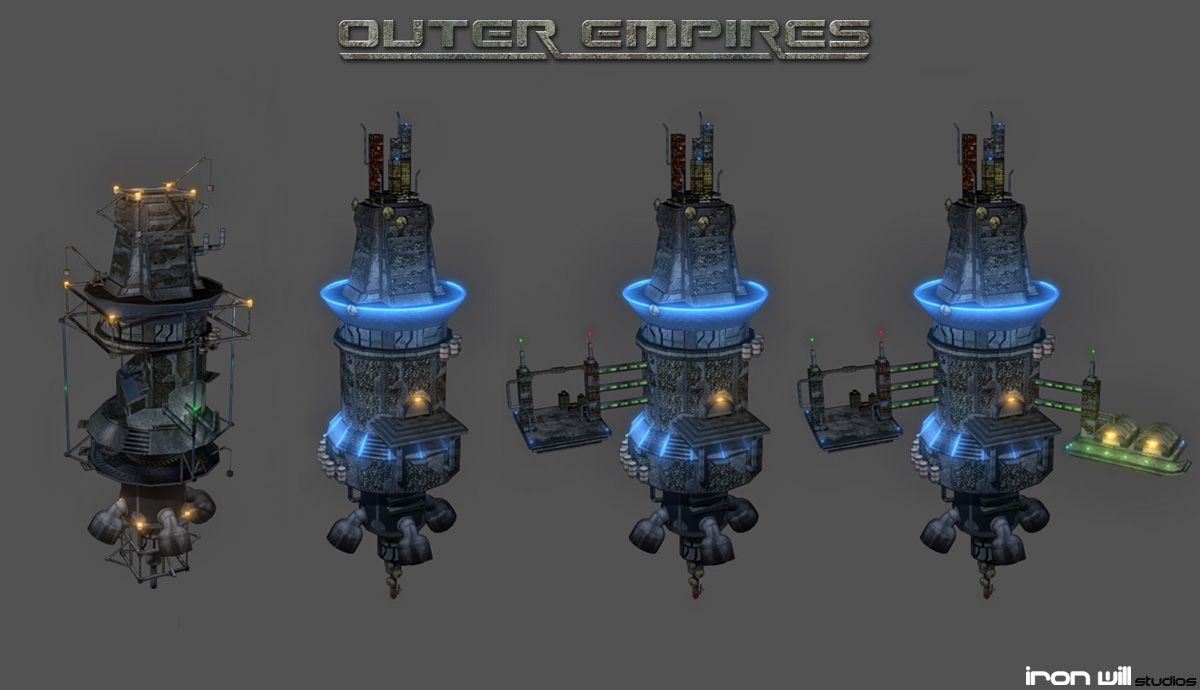 There have been some undeniable teething problems with the app. Exactly what is being done to iron out the creases and how long till we can see a patch submitted?

A patch has already been submitted to Apple to fix the bugs - it was submitted the day the original App was approved...

There are a few other issues that we're working on to fix things up and improve the processes we currently use.

With games of this type, usually a patch can be submitted at the developers whim. In the case of the app store, this is no longer the case. Is there greater pressure to get things 'right' as a result?

Yes, definitely - as you know we have a HUGE lead time waiting for the patch to go live so we want to make sure it's right the first time.

The real problem is building something that can run on the current infrastructure (for the Apple testing) but also runs the existing game without problems.

MMOs are notorious for their 'shelf life'. How far down the road do you see Outer Empires going?

We have so many ideas to keep Outer Empires fresh - the game has so much scope that we've not yet opened up from player jobs to new colonisation options so, for now, I can't see Outer Empires ending for a long time... in fact, I can only see it growing for the foreseeable future.

In the future, just how different will Outer Empires be?

That really depends on how the players want to take it - in the near future the government will become player run, so they'll be able to control how development (on a larger scale) works. 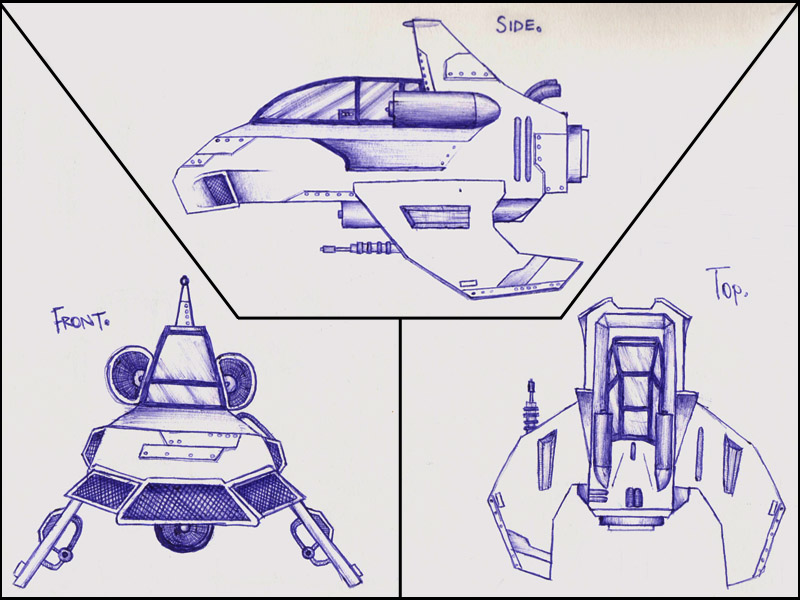 It's interesting that the game can be played on the PC as well as the iPhone. Was this always intended?

Yes - and we want to expand on to other platforms, too (under consideration at the moment is the XBLA and the google android system).

We've always wanted people to play the game how and where they want to. We even have a 3D version of the game being developed as well.

From a technical point of view, how does the game work?

The whole of Outer Empires splits into three sections - the back, middle and front layers. The back layer is the database, where all the data is kept so we know what is happening to everyone over time anywhere in the game.

The middle layer controls all the connectivity and passes the data back and forth between client and the database - there's also the updaters and AI routines that sit in this layer as well.

Lastly we have the front end - the bit that anyone playing the game gets to see - at the moment there are two distinct versions of that, the App version (for the iPhone and iPod touch) and the browser version.

Both connect to the same middle layer to do everything, making development time faster if we want to add more clients in the future.

How has the workload been affected as a result of the two platforms?

Generally, the workload is the same for the back and middle layers - while the front end involves distinct development paths with little besides the graphics being shared.

If there was one thing you could have done differently, what would it have been?

Difficult question - in hindsight, I think I'd have looked at building things in a different order... perhaps building combat earlier so we could get a few of the bugs fixed earlier on - I'd have probably begun the App beta testing earlier as well... 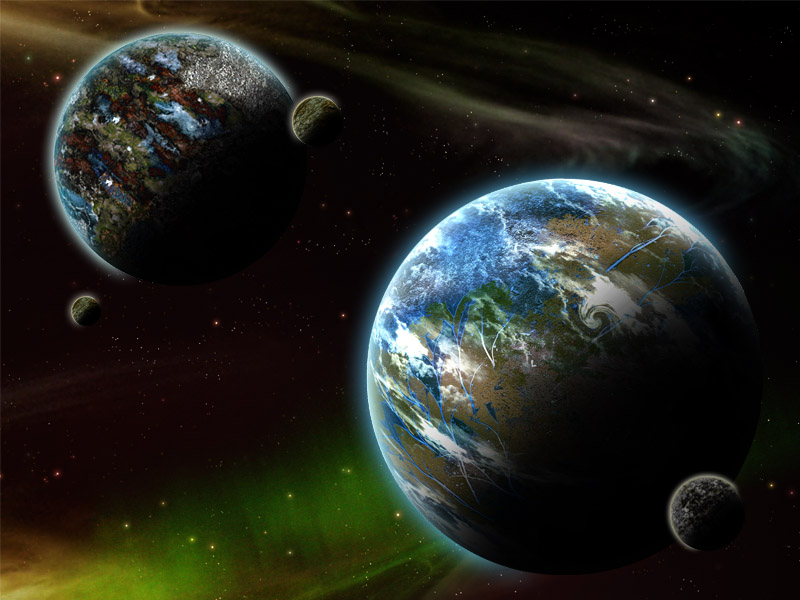 Now a little birdy told us that another game is in the works, would you care to elaborate?

I'm currently working on two other games - a massive new version of one of my games KingdomGame (KingdomGame2... but I've not yet decided the actual name) and also another MMO, set in medieval times this time, again more based on realism than the traditional RPG out there (no magic in the world).

We're also trying to make it more community orientated - you can't do everything, you'll need friends (or at least acquaintances in game) to help you out from time to time.

Our aim is to make a living breathing world for people to get into.

Thanks to Paul for his time. Outer Empires is available now on the App Store for £1.19. Review on the way.
Next Up :
Diablo Immortal release date and the rest you need to know