The candy-loving monster remains as popular as ever

Earlier this year, ZeptoLabs and Koukoi Games released an auto-runner featuring their little green mascot Om Nom. It's fairly simply named Om Nom: Run and the game has recently hit 20 million downloads, showing that the green monster still has plenty of appeal since he first appeared on our phones 10 years ago.

The news was announced by Antii Kananen, CEO and Co-founder at Koukoi Games, over on their LinkedIn page. The game initially launched back at the end of February and had reached 10 million downloads by April. It was a slower climb from 10 to 20 million then, but still an impressive achievement regardless of time frame. 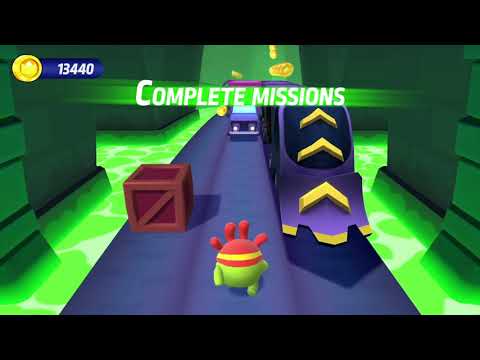 The game itself is based on the Om Nom Stories: Super Noms universe where the titular green monster and his friend Om Nelle cut about as superheroes, frequently doing battle with the villainous Spider. It sees players hitting the streets of Nomville doing the usual endless runner shtick.

That means dodging obstacles whilst collecting coins and grabbing power-ups through a series of levels. The power-ups themselves include rockets, jumping boots and magnets that will help make clearing the stages a little easier.

It's quite the switch up from Om Nom's beginnings then where players would drop candy into the little green monster's mouth to feed its insatiable appetite. But the franchise has frequently stepped outside of this since it first appeared a decade ago with the likes of Om Nom Merge and Where's Om Nom both venturing outside of the usual physics-based puzzles.

Om Nom: Run is available now over on the App Store and Google Play. It's a free-to-play game with in-app purchases.

Looking for more top-tier endless runners to play on your phone? Here are 25 of the best available for Android devices
Next Up :
Rebel Riders is a new PvP action game from King, currently playtesting in select countries for Android