Joined by Om Nelle and other characters from Cut the Rope

Om Nom, the star of the Cut the Rope, has returned in a brand new game. This time ZeptoLab is branching out into the runner genre with Om Nom: Run and you can download the game now for both iOS and Android where it's a free-to-play title.

The game is based on the Om Nom Stories: Super-Noms universe where Om Nom and its friend Om Nelle have become superheroes where they frequently do battle with the evil Spider. Here though, they'll mostly spend their time dashing through the streets of Nomville.

Players will have to avoid obstacles, collect coins and power-ups that can be used to clear the way through each level. Some of the boosts on offer to our squishy green heroes include rockets, jumping boots and magnets.

There are a host of different locations to explore. Some levels will see you dash through busy streets whilst others may see you avoiding the traffic by darting across rooftops or taking a trip to a robot factory to see what's going on there. Wherever you go though, it all looks to be pleasantly colourful. 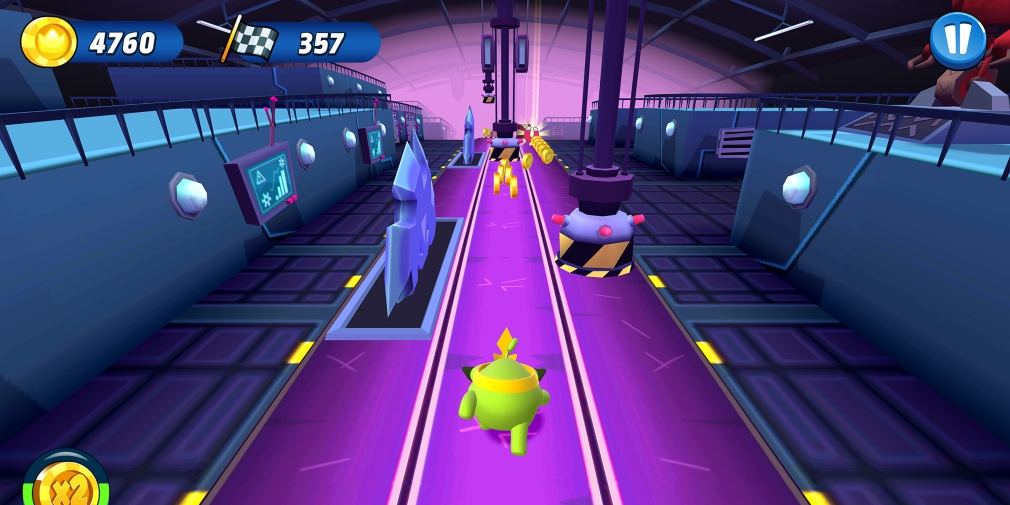 There are also a whole host of other characters to unlock along the way who have also appeared throughout the Cut the Rope universe. Though quite honestly, I think Om Nom is already as good as it gets so I don't personally see the need to play as anyone else.

This isn't the candy-loving monster's first trip outside of physics-based puzzles games, however. Back in November of last year, we saw the release of Om Nom Merge which was ZeptoLab's take on the idle genre, whilst they've also dipped their toes into VR with Where's Om Nom?

Om Nom: Run is available now over on the App Store and Google Play. It's a free-to-play game win in-app purchases.

Enjoy endless runners? Here are 25 of the best available on Android