Om Nom: Merge, a cute idle game from the minds behind Cut the Rope, is out now for iOS and Android

The latest from ZeptoLab

Om Nom: Merge is the latest title from the minds behind one of the most popular mobile game series of all time, Cut the Rope. This one's an idle game where you'll be challenged to merge different types of creatures known as "Nommies".

Much like the sweet-toothed Om Nom, the Nommies are big fans of fruit and 'everything else yummy'. So when a sudden abundance of fruit appears across the land, they're more than happy to head out and chow down. 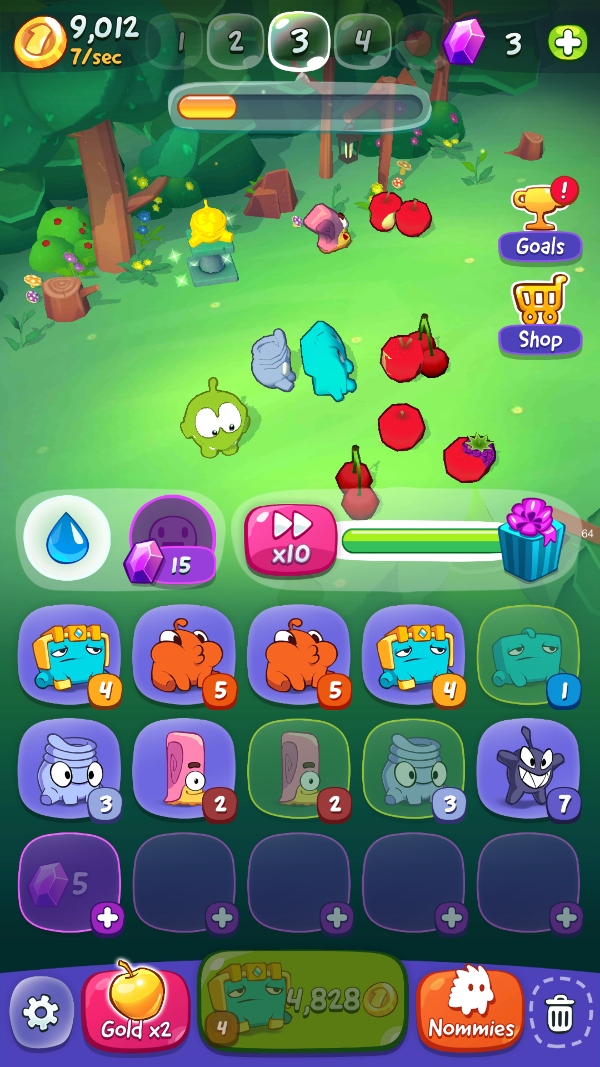 The basic gameplay requires you to merge two similar Nommies in order to create new, more powerful creatures. The better the Nommie, the faster they can eat fruit and gain extra rewards for doing so. As it's an idle game, you'll be earning neat stuff even when the app is closed. Every Nommie has 3 distinct looks, adding up to dozens of characters to collect in total.

While the Nommies do a lot of the heavy lifting, Om Nom can help by boosting their progress using spells to make the fruit grown faster. The game is set in what is said to be 'beautiful forest locations'. In order to keep the visuals somewhat fresh, changing seasons will have an impact on each level's look.

If you're a fan of developer ZeptoLab's earlier work, or if you're on the hunt for a cute idle game, you'll find Om Nom: Merge available for download now from both the App Store and Google Play.