Old School RuneScape fans are about to receive a ton of things to do with the latest raid launching next week. It's called Tombs of Amascut and is launching on August 24th and will offer players an extremely challenging experience as it is set to be one of Old School RuneScape’s most difficult dungeons. The dungeon is also as customisable as it is tough so there are a lot of tweakable options. The rewards will be no less as they provide some of the best weapons and armour that are available.

The Tombs of Amascut dungeon on Old School RuneScape brings a new invocation system as well, that makes each raid feel like a new experience. This uniqueness comes from the customization ability I mentioned above. Before starting each run, players will have the option of choosing from a large list of modifiers that include both buffs and debuffs.

The gameplay can be made as easy or as challenging as possible and there are an umpteen number of combinations to make. Stacking will increase the overall effect while also bumping up the difficulty, giving players a chance at getting their hands on exclusive and powerful resources. 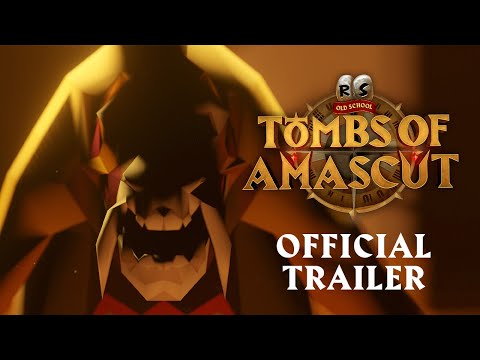 This raid is a follow up to the Beneath Cursed Sands quests as players must do everything in their power to prevent Amascut from ascending to the godhood stage. The entire mission can be divided into four primary areas – each with a unique type of combat and puzzle. These can also be done in any order, further adding to the customization.

Also, check out this list of the best MMOs to play on mobile!
Download now!
Old School RuneScape