Jagex has announced an exciting new update to Old School RuneScape, launching an all-new co-op mode and letting players duke it out whether on desktop or on mobile. Titled "Group Ironman", the new co-op mode is the first major new game mode for the fantasy MMORPG in five years.

Old School RuneScape's Group Ironman lets players team up in groups of two to five players and rise to the top of the charts using their wits and wills. Dominating the leaderboards is more than just devising the best strategies to come out on top - teams can also simply enjoy the social aspect of the new co-op mode. There are no restrictions for the team members, so trading resources and shared equipment storage are both possible. Teammates can also pay a visit to Player-Owned Houses just for fun.

What makes this new content even cooler is that players have the power to vote in polls about whatever goes into the game (there is a steep 75% majority vote requirement). The Group Ironman is the most player-voted poll with an 80% approval rating, so you're sure to experience quality content for team-based play. 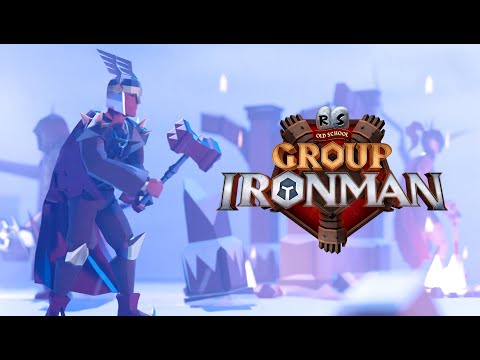 “Following the success of Hardcore Ironman in 2016, which received an overwhelmingly positive response from the community and saw players diving into its brutal challenges, we’re excited to bring a whole new adventurous twist on the Old School experience with Group Ironman," says Kieren Charles, Lead Content Developer Old School RuneScape. "Players can now bring together their most trusted companions to take on the challenge together. It’s about earning everything with blood, sweat and tears, through gathering, crafting, and fighting. It’s a real challenge, pushing players to their limits while allowing them to share in the glory with their comrades. We’re confident that both our community and new players alike will find their time in Group Ironman an exhilarating one”.

Old School RuneScape is available to download on the App Store or on Google Play as a free-to-play game with in-app purchases.