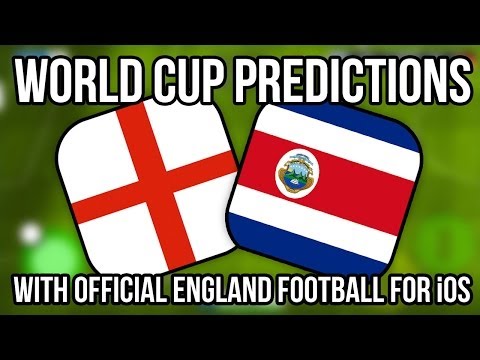 It's that time again. Time to play a silly football game in order to predict the score of an England match. Sure, it's a meaningless match, tinged with despair and inevitability, but that's half the fun.

It turns out my last prediction was pretty accurate. Yes, there was no hilarious penalty, no foetal goal keepers, and the score was wrong, but at least I got the winning team right. That's more than most of the pundits at the World Cup.

Once again I'm using the pretty awful Official England Football to predict the score. Please, for your own safety, don't try doing this at home.

This time around I've shuffled the team to represent the youngsters that Roy Hodgson is letting have a go now that it doesn't matter if England win or lose.

But will England go out with a bang, a crash, or a sound somewhere between a fish-slap and an apologetic whimper? The only way to find out is to watch the video above.