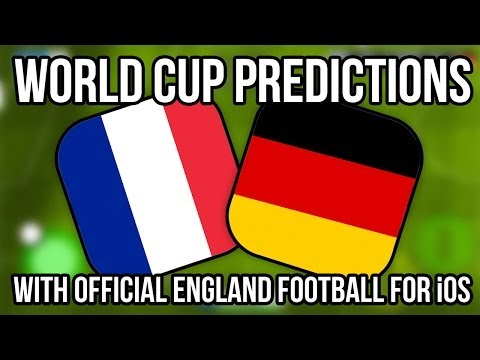 It's quarter finals time. That glorious couple of days when eight teams are whittled down to four by the fickle footballing gods.

But how fickle will they be? And how much actual whittling will happen? That sounds like the sort of thing it'd be easy to predict with a football videogame.

Today I'm predicting whether or not French flair will defeat German industriousness. Whether the gallic charmers will be able to defeat their austere and stern European counterparts. And I'm not even going to mention the war.

Once again I'm using Official England Football to predict the result. Mainly because I haven't got round to deleting it yet.

But will my prediction be correct? Probably not. But you should watch the video anyway. It's quite funny. And don't forget to come back when we predict the semi finals as well.