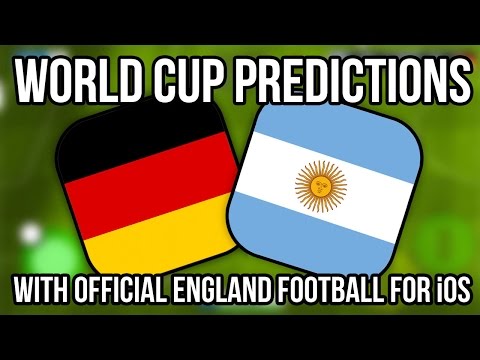 Throughout the World Cup, we've been using a special, highly scientific process to predict the outcome of the most important matches.

We started by doing all the England matches. But that didn't go so well, did it? So we had to move on and predict showdowns between The Netherlands and Argentina and other probably made up nations.

And now we're here. The final. And we can get this whole mess over and done with for another four years. This time, it's Germany vs Argentina. I can say with 100 percent certainty that the above video will reflect the outcome of the real world game.