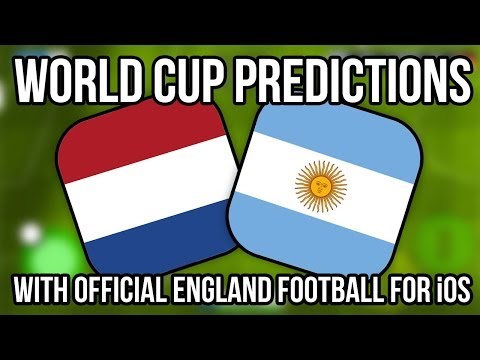 Well what a semi final that was last night. Or was it? I don't know, I'm writing this from the past. All those goals though, am I right? No? Maybe. (Ed: Yes).

Anyway, it's time to predict the second semi final. The bright orange Dutch take on the stripy Argentines in a match that some are calling "the match that decides which of these two teams will make it into the final."

As usual I'm using Official England Football to make my prediction. And as usual I spend a lot of time laughing and cursing.

Will the Netherlands prevail against a team made up of Lionel Messi and some other guys? Or will Argentina be able to make Holland kick the balls in the wrong direction with their cunning trickery?

I have no idea. But the game does. The game knows all. So go and watch the video all the way back up there and find out.

And don't forget to join me next time when I predict who will win the final. Might it be you? No. Almost certainly not.