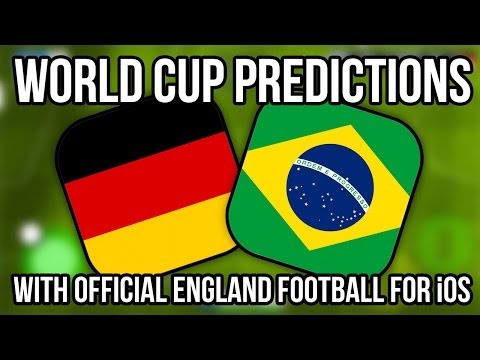 We're down to the nitty gritty now. Four teams remain. And by Wednesday night only two will remain.

As well as the other two who go on to play in the meaningless third place play off. I can barely contain my excitement.

So much so that I've decided to do predictions for both of the semi finals. First up, hosts Brazil entertain the workhorses of Germany.

Once again I'm using Official England Football to predict the outcome of the game. And once again hilarious penalties occur. And at one point someone sneezes.

But which of these mighty teams will make it to the final, and which will go to the third place play off half drunk and wishing they were dead?

There's only one way to find that out, and that's by watching the video up there. Or I guess you could watch the actual match, but that probably won't be as much fun.

Join me tomorrow when I predict whether Argentina or Holland will make it through from the other semi final.