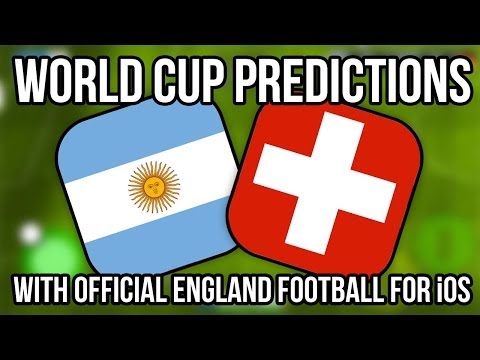 Oh no, the World Cup rolls on, a machine of terrifying force that will not rest until one team is crowned the best at the foot-to-balls for this year.

And that means more predictions. For the round of 16, I've chosen a clash between two of the greatest kicking teams in the world. Argentina and Switzerland.

Argentina are one of the favourites for the tournament. They have Messi, and he's quite good. Of course in Official England Football they have Massi. He might not be as good. You'll have to watch the video to find out.

Switzerland on the other hand have beaten both Honduras and Ecuador to get to this stage. So this really is a clash of the titans.

And don't forget to stay tuned for another exciting prediction when the quarter finals roll around.