Marvel Future Fight has released a new update that allows players to try out Thanos themed content along with the usual bug fixes and improvements. The update is now live and players can test out the recent additions right away.

With this new update, The Children of Thanos get to wear new armour named Dark Obsidian. The uniforms for them are available to collect for Proxima Midnight, Black Dwarf, Corvus Glaive, Ebony Maw and Supergiant.

Previously, only high-level players had access to special missions, but with the new update, players from the lower rank can now take part by entering the new Quest Mode. The mode also lets you collect various rewards if you manage to complete the challenges.

Rewards such as character upgrade, 10 2-Tier characters etc are up for grabs. Apart from these, the new World Boss Supergiant’s Ultimate level is added to bring in more competition. 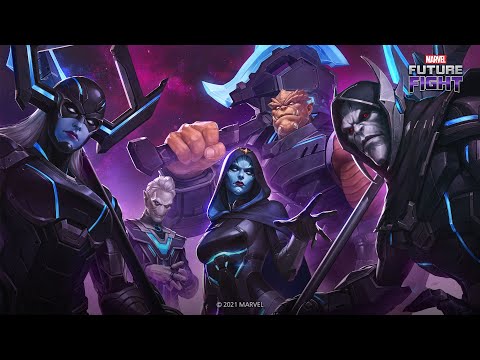 From now on, players can earn hero EXP points while grinding normal story missions. This feature will help players level up their heroes quickly while enjoying short missions in the meantime.

A piece of good news for fans of Proxima Midnight next. He is now eligible to be upgraded to Tier-3 and is coming with a new ultimate skill. Meanwhile, Supergiant, Goliath, Killmonger, Ulysses Klaw, Whiplash and Yellowjacket now have the Realize Potential function unlocked.

Finally, Black Dwarf, Corvus Glaive and Supergiant also have the Awaken Potential function available to them. Finally, Marvel Future Fight recently celebrated its sixth anniversary with a content update that contained fresh changes and additions, to learn more about it, check out our recent article.

Looking for more high-quality RPGs that you can play on the go? Here are 25 of the best available for iPhone and iPad
Next Up :
Fortnite v21.20 update brings New Indiana Jones skin set, Charge SMG, and more