By Catherine Ng Dellosa
| May 7

Tuyoo Games has announced a new update for Magnum Quest, its idle RPG with strategic elements on mobile. Featuring card-based mechanics and 3D battles, the game lets players collect heroes and deploy them in tabletop-esque combat.

Additionally, the game features a new crafting and forging system to help players maximise their gear. Plus, players can score tons of draws with the “Endless Free Summons” event, which will give away free cards along with the 1000 draw raffle for the next 30 days. 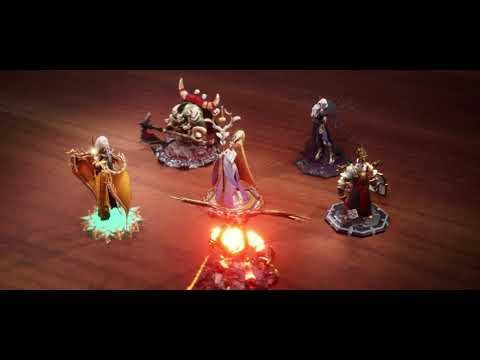 If you're eager to get a slice of the pie, or you're simply curious to see what the game is all about, you can download Magnum Quest on the Google Play Store and on the iOS App Store. It's a free-to-play game with in-app purchases. You can also check out the game on the official website for more info, have a look at the embedded clip above to get a feel of the title's gameplay and visuals, or join the community of followers over on the official Facebook page to stay updated on all the latest developments.

Next Up :
Rise of Firstborn is celebrating its 4th anniversary with new skins, upgrades, free celebration rewards and more

Magnum Quest tier list of best heroes for each class