Last week NetEase announced an update for its popular mobile open-world survival game LifeAfter called Sea of Zombie, which has finally launched today after a successful pre-registration campaign. In this expansion, players will step out of the Doomsday World they’ve been in for so long and explore different seas in search of a mysterious land where all is well. This update’s launch is being celebrated by a live-action interactive video, where players must make the right choices if they wish to unlock the real ending. 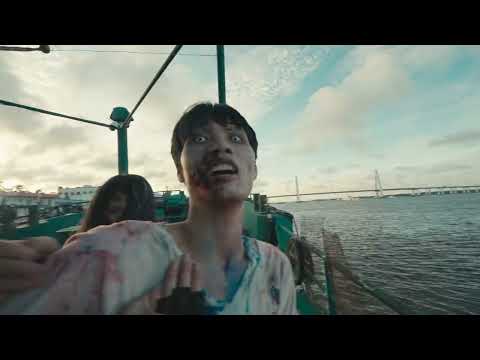 Survivors will journey across five different seas, each filled with its share of infection and peril. You can read more about each sea in our recent article. The end goal is to find a hidden place that has been touted as the Pureland by Scientia and it is believed to be a region without infection. This island probably holds the key to solving the infection crisis.

The journey is going to be very difficult and players will need to manoeuvre their own ships across the dangerous seas. Beacons and a compass are there as guides but it all boils down to the person sitting in the cockpit. Besides sailing, survivors will also need to salvage resources, which may even include hidden treasures that can be exchanged for high-grade items.

There is a Construction Area as well to build a cosy little shelter while at sea. Let’s also not forget that the infected will be everywhere and alongside them expect to find other ferocious creatures like sharks and octopi waiting to devour you.

NetEase is further commemorating Sea of Zombie’s launch with another rewards campaign that requires players to follow LifeAfter’s Facebook page. Lucky winners will stand a chance at winning a $50 Google Play gift card.

Also, check out this list of the best survival games to play on mobile!
Download now!
LifeAfter

Next Up :
Fortnite has dropped a teaser for upcoming collaboration with Dragon Ball that will go live soon