Perhaps the singular most recognizable name in games, developer Atari has announced a brand new collaborative effort alongside Graphite Lab. The game will be called Kombinera and will be a puzzle platformer with some classic aesthetics.

To hear that Atari is co-developing a brand new game rather than going over one of their classics with a remaster or something similar as they have been for the past few years is some truly shocking news, but extremely exciting. And taking a look at the new game, it’s set up to be an engaging and fun smaller puzzle platformer. In it, you will control multiple different coloured balls with the goal of smashing all of them together to make one multicolored large ball. The challenge comes from the fact that all the balls move in unison, so you will have to find ways to coordinate them together while navigating traps and hazardous obstacles. 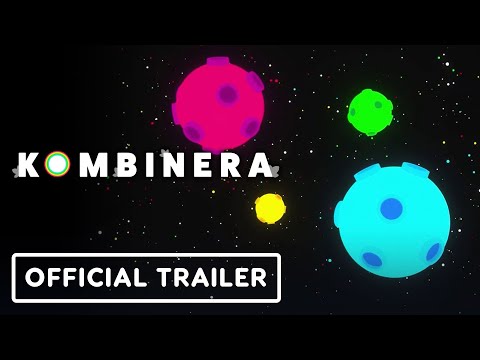 This gameplay idea sounds pretty unique, as while other puzzlers have done the everything-moving-at-once thing, Kombinera’s take on it just seems to flow so fluidly, and it also introduces different abilities for each of the coloured balls. This, combined with the staggering 300 number of levels that will be in the game at launch, means that this is one of those platform puzzlers that will keep your brain busy for a long, long time. Unexpectedly, another featured part of Kombinera’s gameplay is supposed to be its “in-depth, complex, and heart-tugging emotional storyline”. How this will show itself in a game about navigating a collection of multi-coloured balls remains to be seen.

Atari and Graphite Lab’s new collaboration will be headed to quite literally every platform under the sun, including mobile, sometime next month. Nobody is sure if it will be free-to-play or premium, so I’d recommend keeping tabs on the game at Graphite Lab’s or Atari’s Twitter handles if you’re interested.

Looking for more brain-teasing puzzle games? Check out our Top 25 best puzzle games for iPhone and iPad!
Next Up :
Castle War: Idle Island is out now on iOS and Android, letting players fight castle against castle in a colourful PvP game