KartRider Rush+, Nexon’s popular mobile racer is celebrating its second anniversary this month. The game is currently hosting a collaboration with everyone’s favourite hedgehog – Sonic, and the birthday celebrations just add up onto that in the form of loads of extra rewards, perks, karts, and characters. KartRider Rush+ is also undergoing its 13th Season and it is constantly being updated with new features and lots more. 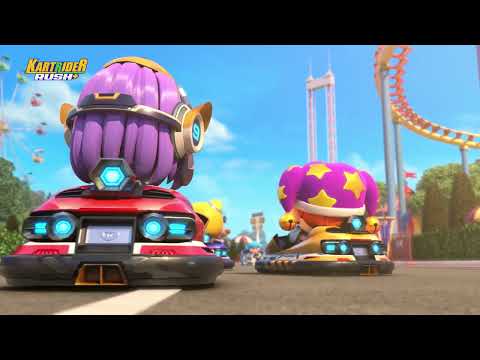 Everyone has until the end of May to claim the second-anniversary assortment gift coupon, which contains Legendary grade Speed kart, Beetle Dasher Max, Legendary Flying Pet ‘Lil’ Dark Fairy, Legendary character Cotton Candy Diz and other GOAT time-limited rewards. Another birthday event is the Thank You Riders! for those to fulfil criteria like full two years of login, getting to level 108, registered in May 2020, will receive the Gold Medal Racer badge, 2-year anniversary title and lots more.

That’s for the veterans. The newcomers who are below level 40 will be given a gift by Diz that contains a Racer and a Rookie Growth Pack. Additionally, all players logging in before May 18th will be able to exchange Kart Tire for a few Legendary Karts like Starship Solid, Bazzi Battler, War Panda, and more. 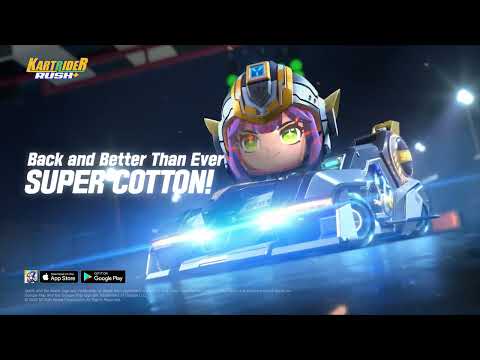 Meanwhile, KartRider Rush+’s Season 13 also continues with a bunch of new content like the Super Cottom kart and the Glaze kart which are set to showcase some really powerful abilities. The anniversary event will exclusively offer the Thermal Buggy and characters like Sugar and Pierrot will also be up for grabs. To top it all off, the level cap is now 120 and a new mode like PRO-License and Simulation should launch soon.

Hop into your kart and zoom into the birthday party by downloading KartRider Rush+ for free on the App Store and Google Play.

Also, check out the best racing games to play on mobile!
Next Up :
Blue Archive is celebrating its half-aversary with the Blue Archive Awards competition

KartRider Rush+ starts its 12th season with a bang by adding new tracks, karts and more