It's all themed around China

Nexon's popular mobile racer KartRider Rush+ has now drifted into Season 4. The latest is called China and will introduce two new rides to the game. There are also new game modes and features including Micro-Event, Home-Treasure Hunt, Boss Fight and more.

The first of these two vehicles will be the legendary Cyclone Solid from the Solid series. It will pack a powerful punch on the track but can be taken down with Silver Gear. Meanwhile, the second new kart, the Wayward Bazzi, can drift with minimal effort thanks to its self-running technology. 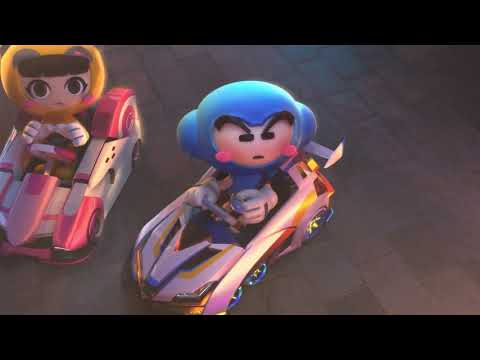 Season Four will also see the addition of tracks from the PC version of the game's China theme. This will include the likes of Dragon's Canal and Ice Lantern Road. Likewise, players will also be able to unlock the Lil Wukong code to get the rare Wukong character. To do so they'll need to complete a series of quests before November 15th.

Elsewhere there is also a Micro-Event for players to compete in. This will allow them to host private races and tournaments where up to 500 spectators can watch the action unfold. When they're not tearing around the track they'll be able to search around their in-game homes for treasure that can be exchanged for various rewards.

Finally, there will be a new arcade game mode called Boss Fight, though it won't be arriving until December. This will see four players working together to take down a powerful boss. Doing so will net them K-Coins, Lucci and Chest Rewards

Looking for other racing games where you can tear around the track at high speeds? Here are 25 of the best available for iPad and iPhone
Next Up :
Polity is a life sim MMORPG where you can rule or be ruled, out now on Early Access on iOS and Android