It will introduce the Dark Knight kart

Nexon's popular racer KartRdier Rush+ has started its fifth season today which called Northeu. This will see the kart racer heading into space alongside the addition of various new vehicles for players to take for a test drive and characters to collect.

The first of these new rides is the Pengsoo kart, which sports an aesthetic that matches the aforementioned character. Players will unlock this kart alongside the Pengsoo decal and Pengsoo Driftmoji by completing related in-game events.

Beyond that, the Dark Knight kart will be the legendary vehicle that's up for grabs during season five whilst other karts that will be available in Northeu include the Rolling Saucer and Cyber Burst, all appropriately adhering to the space-theme. 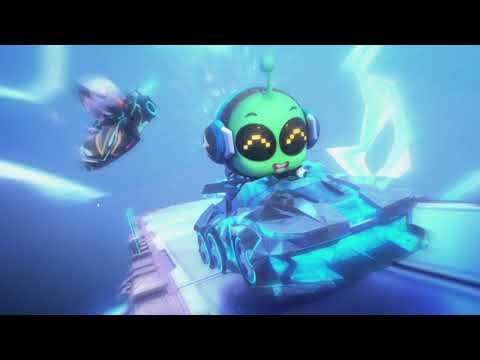 There will also be new characters to collect in season five too named Taki and Galaxy Rider Uni. Similarly, players will find additional tracks to test their racing skills on called Jump Point and Combat Airfield, both of which will naturally be space-themed.

Beyond that, players can also participate in the newly added Energy Arena where they'll be able to set personal records before trying to best them. They'll also be able to challenge others across the globe who are in a similar tier and rank to battle for leaderboard supremacy.

Performing well in this mode will net players Raw Stones. These can then be exchanged for a variety of rewards that include the likes of the Alien Driftmoji, Beats Bot pet and a host of other prizes.

Looking for other racing games where you can tear around the track at high speeds? Here are 25 of the best available for iPad and iPhone
Next Up :
Neural Cloud is out now on iOS and Android with a special main theme collaboration with Owl City