Nexon has launched a new update for its mobile kart racing arcade game, KartRider Rush+ with new Season 7 content that coincides with the game’s first anniversary. The update is available now on iOS and Android.

The new content available in Season 7 includes new karts, characters, tracks and costumes for you to get your hands on. This includes exclusive Line Friends characters, with content featuring fan favourites such as Brown, Cony and Sally. 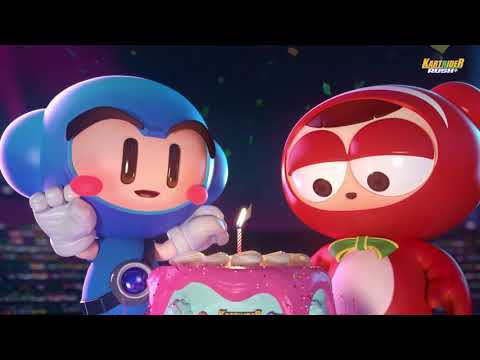 The one-year anniversary celebration for the game also comes with a large amount of items and rewards for you to enjoy. You can first collect a variety of coins through events such as login bonuses and online challenges, which will allow you to earn different amounts of coins depending on how many times you log into the game and how long you play in-game.

This includes the Dear Friends event, which is available for those returning to the game to earn upgraded title levels, as well as the Friends Forever event which is for those new to the game that can earn different prizes.

As for new karts, the Cotton Lite, Ranger, Regalia, Froyo Flier, and Trailmaster are all now available to access in-game now. You can explore new cities alongside this too, with locations such as New York, London and Paris being available to play in the update now featuring the tracks Ancient Ruins, Paris Eiffel Tower, and New York Rally.

You can now access the new anniversary update for KartRider Rush+ by downloading it from the iOS App Store and the Google Play for Android store, where it is a free to play game with in-app purchases.

If you enjoy playing racing games on your iPhone or iPad and want to discover more great ones, read our list which names some of the best to be found on iOS.
Next Up :
Black Desert Mobile reveals new Drakania class alongside other major updates and announcements