An untitled Warcraft mobile game is apparently in the works, with more details this May

Blizzard has dropped some pretty big news today in the form of an epic announcement for a mobile game set in the Warcraft universe. While details are sparse at the moment, we do know that more info will be revealed in May, and that "the first game in the Warcraft Universe" will be specifically made and optimised for mobile. It's safe to say it's not going to be the same format of the classic RTS Warcraft simply ported for mobile devices.

Apart from this hush-hush Warcraft mobile news, Blizzard also announced a handful of exciting things for fans to look forward to in the next few months. The roadmap of things to expect includes Hearthstone’s first expansion of the year. 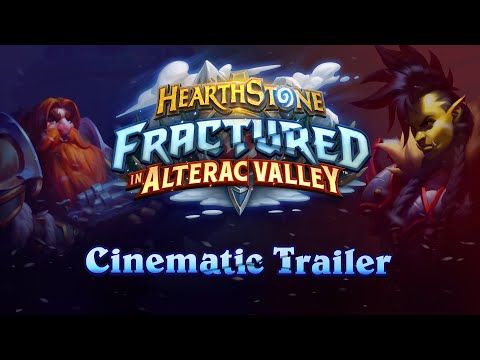 On March 15th, fans can expect more deets on annual core set changes and expansions for Hearthstone. "For nearly 28 years, the Warcraft Universe has ignited imaginations across the globe through rich storytelling and expansive worlds. It has built the very foundation for World of Warcraft and Hearthstone, providing entertainment, community, and competition for millions globally. This year, we have a lot of exciting news in store for the heroes of Azeroth and the patrons of the Hearthstone Tavern," says John Hight, the new Warcraft General Manager, in a blog post.

While things have been a little shaky for Blizzard lately, they do seem confident about the future of the games in their roster. "On behalf of all of us at Blizzard working to bring even more exciting Warcraft experiences to you, we thank you for being a part of the community. We're excited about the journey in front of us and are grateful that you're joining us for it," continues Hight's blog post. "Thank you for playing, and we'll see you in Azeroth, the Tavern, and beyond!"

In the meantime, if you're eager to get started on Hearthstone, you can download the game on the iOS App Store or on the Google Play Store for Android devices.

Are you on the lookout for more similar titles that will put your skills to the test on your mobile device? Why not take a gander at our list of the top 10 best collectible card games on Android?

Next Up :
Disgaea RPG is collaborating with Re:Zero for an epic limited-time event