KOG Games has added a new SR Hero to the GrandChase roster, Callisto. Named after one of planet Jupiter’s moons, Callisto serves as an archangel in service of Jupiter alongside Io, Europa, and Ganymede.

These archangels believe in following their duty above everything else. If Europa is the sword used to pierce through an enemy’s heart, then Callisto is the shield who stands between enemy and ally to protect Europa. Such magnificence in battle earned Callisto the title of the Angel of Valour. 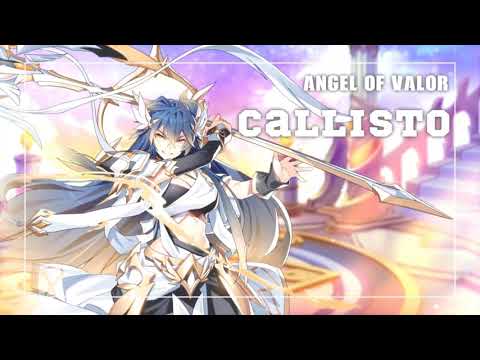 Through Jupiter’s reign, Callisto was always found on the front lines. However, once Jupiter fell, the revered Angel of Valour let fear creep in. But she didn’t let this fear consume her, she learned from it. Fear taught Callisto patience, discretion, and the true meaning of courage. She now knew not to act without thinking and she was braver than ever. The next time she leapt into battle, the Angel of Valour thrashed her fears and was reborn. Her one goal was to never let the light of Jupiter fade.

Callisto is only available exclusively through pre-order. Players who already pre-registered for the event can simply login and use the code they got via email to obtain Callisto. Those who have not yet redeemed her have until October 25th to pre-register. Callisto will be a 5-star SR Hero who comes with her final hero progression tier Soul Imprint available right from release. Players can boost character progression by participating in special events for Callisto like Step-Up.

The Grand Tale Special Event will also feature all the Fluffy, Chess, and Toy Keyring avatars for purchase until November 1st.

Don’t miss the chance to get this powerful hero in your collection! Pre-register for Callisto through this link. Download GrandChase for free on the App Store and Google Play.

Enjoy role-playing games? Then check out the top 25 RPGs to play on mobile!
Next Up :
Brown Dust 2, the sequel to the hit mobile RPG Brave Nine, reveals new story information in latest trailer