After Hoyoverse gave players the first look at Alhaitham, who is Genshin Impact version 3.4 – The Exquisite Night Chimes’ newest character, it is time to look at the second individual joining the roster in this update. She is called Yaoyao and is also known as a little adult thanks to her kind and compassionate nature.

Yaoyao is the Streetward Rambler’s youngest disciple, which is one of the adepti that have been responsible for keeping Liyue safe for millions of years. They are bound by a contract with Rex Lapis and have always abided by their duties. There are a number of adepti who have been engaging in this job.

Out of all of them, Streetward Ramvler is the one that primarily interacts with mortals and Yaoyao happens to be the youngest in this organisation. Don’t go on her age for she is brimming with talent and has an extremely curious nature. Sure, her age makes it a little difficult for her to realise her full potential, but sooner than later, she will be the smartest individual around.

She is as helpful as she is adorable and as a result, all her seniors including her master are really fond on her. Jueyun Karst is the home of the adepti abodes that most people will never witness but Yaoyao can go there as and when she pleases. This is something others may be jealous of, leading to enemies being created. 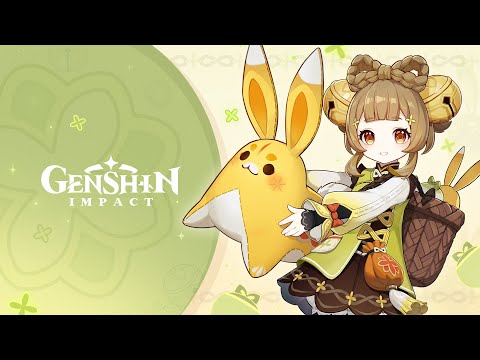 The little adult is however prepared for this too. She may not fight at the frontlines but Yaoyao is an excellent support character that uses the Dendro element and a polearm as her main weapons. She primarily heals other characters. her Elemental Skill and Burst moves see her enter into a Yuegui Throwing or Jumping mode where she chucks White Jade Radishes onto the ground that provides healing and does Dendro damage.

Get ready for the new version by downloading Genshin Impact now for free.

Next Up :
Gran Saga, the super popular Eastern exclusive MMORPG, is set to finally receive a global version