Genshin Impact reveals first look at Alhaitham, who will be part of the upcoming version 3.4 update

We’re just a few days away from the launch of Genshin Impact’s version 3.4 – The Exquisite Night Chimes. It brings the Lantern Rite Festival back to Liyue and an expansion to Sumeru with the Desert of Hadramaveth. The update also introduces two new characters, Alhaitham and Yaoyao, and Hoyoverse has just revealed details about the former.

Alhaitham is Genshin Impact’s latest character. He is an extremely intelligent and talented individual that is the current scribe of the Sumeru Akademiya. He prefers to keep a low profile and stays away from people. But this often get perceived as him being too mysterious and having ulterior motives. 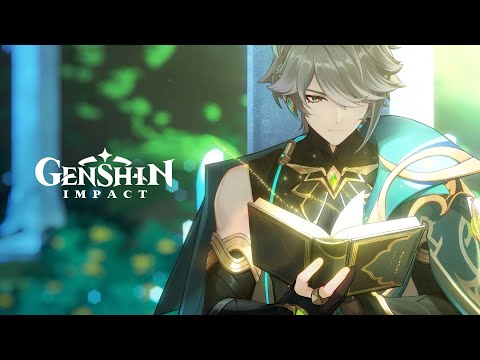 This is probably a fair assumption because people don’t really know anything about Alhaitham other than this name. They don’t know about this whereabouts and only know that all files are to be left on his desk. Alhaitham wouldn’t have it any other way because he values his freedom a lot.

So, what is Alhaitham doing when he’s not in his office? He’s fighting of course! Alhaitham is a Dendro DPS character that makes use of a Sword and Chisel-Light Mirrors in combat. He can rapidly strike through enemies up to five times and on using stamina two more rapid strokes are dealt.

On using the Elemental Skill, he can generate Chisel-Light Mirrors, which have various properties. They can charge normal attacks, deal extra Dendro damage, and unleash a projection attack as well. Three of them can exist simultaneously and they disappear once Alhaitham leaves the field.

Additionally, the Chisel-Light Mirrors allow for Dendro Infusion, which releases an attack that does AoE Dendro damage. Finally, the Elemental Burst move creates a Particular Binding Field, that repeatedly does AoE Dendro Damage as well. Alhaitham has been voiced by Nazeeh Tarsha in English and Umehara Yuuichirou in Japanese.

Prepare for the new update by downloading Genshin Impact now for free.

Next Up :
Dragonicle is X-Legend Entertainment's revamp for Master Topia, out now on iOS and Android