Shoot and explore your way to victory

Garena Free Fire is, not only one of the hottest mobile shooters on the planet, but it's one of the biggest mobile games, period. It's widely popular for casual play, and it's also huge in esports too. Interestingly enough, of the major Battle Royale games, Free Fire is the only one that is exclusively on mobile.

It features a blend of realism and quirkiness. The combat overall is more realistic and not super cartoony. However, some of the weapons can be hilarious, such as running around with a scythe as if you're the Grim Reaper and striking your opponents.

It features a collection of unique characters who can be unlocked, each with its own swagger. It's a pretty straightforward Battle Royale that features some of the same elements that you're familiar with. If you're brand new, we'll tell you a few basic things to kick off your Free Fire adventure.

Keep An Eye Out For Structures 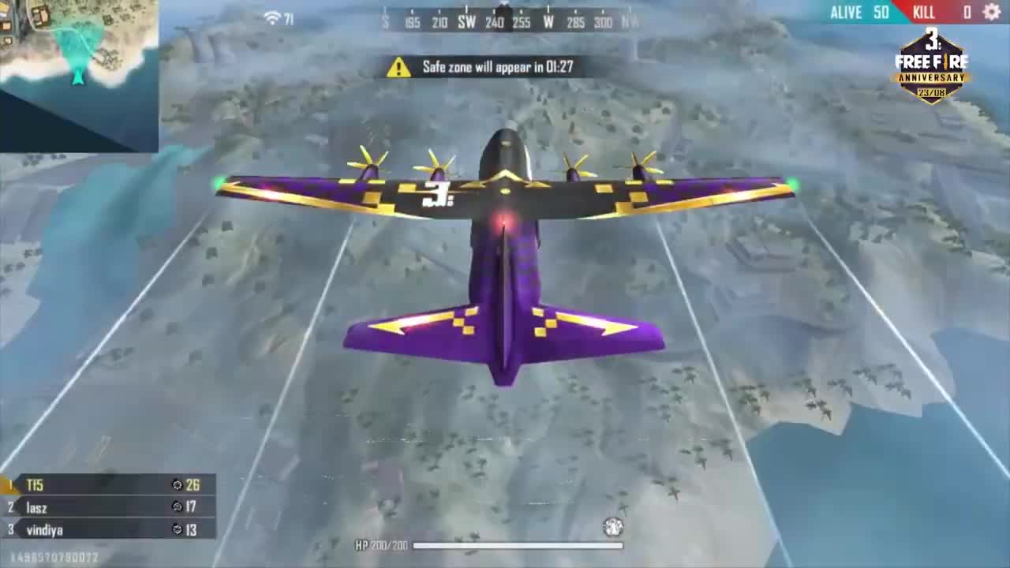 Now, this goes for essentially most Battle Royale games, but it's especially critical in Free Fire. When you leap out of the plane, keep an eye out for buildings when you land. It doesn't have to be anywhere specific either, just any kind of architecture that you can go inside of.

As with other popular BRs, you're starting out with no weapons when you land. So, you need to try and scramble to find a building and grab some weapons. You'll never know who's nearby and if they already attained a weapon or not, so it's good to be prepared as soon as possible.

Pay Attention to where other players are parachuting too. Make sure there isn't anybody heading to the building that you were trying to visit. Try your best to keep an eye on this as you dropdown. If you and another player are dropping near the same structure, then only one of you will be able to grab the weapons and that, of course, doesn't bode well for the player who isn't armed.

Fortunately in Garena Free Fire, your character can run fairly fast. There's a sprint button that you can hit to do so. However, be on the lookout for different vehicles scattered across the land. This can really help you get around the large map quicker.

Players will have a harder time shooting you and you can run them over, which is always satisfying. Also, you must keep in mind that you're doing more than just battling other players. There is a "safe zone" which shrinks as you play. This is what almost all BR's feature.

Your health will slowly drain if you remain outside the safety zone for too long. So, in case you lose track of when the safe zone is shrinking, you can hop in a car and take off like you're in the Indy 500. If you can't find a vehicle, then no worries. Just pay attention to when the zone shrinks.

OK so, this is going to sound kind of silly, but it's a good idea to keep on moving (and no looking back....just kidding). There isn't that much cover on Free Fire's huge map, so your best line of defense is agility. Staying on the move while shooting can be beneficial.

Now, keep in mind that other players will likely be on the move and jumping around too while they're trying to shoot you. It's really a natural, panicky reaction when we play games. In this case, maybe a bit excited and the prospect of possibly scoring a kill. You'll likely do the same naturally.

Some players may try to stay still to aim better, but who knows, they're probably just incredible shooters. You'll be one too, and no, you don't need to stand still to prove that. Keep moving, jumping, and whatever else you need to do to avoid getting clapped and then dishing it on your opponents.