Last week we treated DS owners to their very own Friday Freebie. This week, it's time to focus the love and affection on everyone's most frequently carried pocket companion, the ever faithful mobile phone.

Despite being mentioned fairly infrequently, when it comes to free entertainment mobiles are perhaps blessed more so than the PSP, DS and iPod combined. Why? The answer is simple: ad-funded games.

So, to pay homage to this fantastic mobile-only phenomenon, we have compiled the best ad-funded mobile game sites we've so far discovered and thrown in a brand new one for good measure. 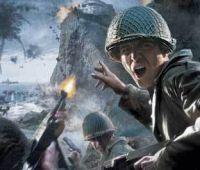 The pick of the bunch has to be GameJump, simply for its wealth of content, as well as top-notch third-party support from the likes of Rovio, Game Snacks and Hands-On Mobile.

Visit the site today and you will find titles such as Call of Duty 2, Rocky Legacy and True Crime: LA all waiting to be downloaded for absolutely nothing.

The ad-funded site, HOVR, has much less in the way of licences you will recognize but it still offers a huge amount of games and is updated regularly. Similarly, Rumble X has its own canon of ad-funded mobile games and is well worth a visit for those with restless thumbs.

Then there's Cellufun, an ad-funded mobile game site with a multiplayer slant. Featuring the MMO Space Wars, an addictive and quirky pet sim called MobilePet myPhone and many others, Cellufun has definitely got its own angle on the market. If you have a slightly higher end handset it's an essential visit.

Okay, you probably already know about all of the above (if you've been following our Friday Freebie regularly). But what about something new? 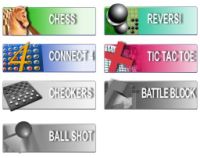 Cotopia, for instance, is another ad-funded mobile gaming site with an emphasis on multiplayer titles. There are only a few games, most of which are either casual or puzzle titles such as chess, Connect 4 and Tic-tac-toe.

Fortunately, the ingrained community features go a long way towards making Cotopia a little bit special in spite of its limited selection of games. You simply head to the relevant portal via your mobile browser (all of which are listed on the site), download the client for the game you want to play, install and away you go. You have the option to play against AI as well as human opponents and not one of the titles on there will cost you a single penny.

That's your lot for this week. If you are not a big mobile gamer (heresy), preferring instead to stick to the DS or the PSP, do be sure to take a look through our freebie archive.

Click "Track It!" to be sure to catch next week's Friday Freebie, when we will be braving the most arid, unforgiving and uncharted of freebie plains in a one-off iPod special.